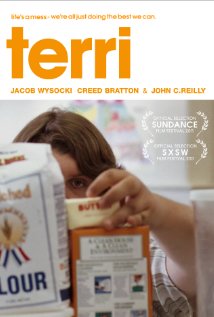 My View:  Terri (2011)  John C. Reilly plays a high school Vice Principal who takes an overweight 15 year-old boy,  named Terri (played by Jacob Wysocki), under his wing.  Terri’s life is complicated and isolated, as his parents leave him to care for his bi-polar uncle whose moods seesaw from an almost cationic state to a hyper-productive state. Terri has given up on life and school, and in the midst of his depression, only wears pajamas.  He also has a crush on a popular girl but chooses to only stare at her from far away.  With the help of the Vice Principal, Terri starts coming out of his shell and even makes a few friends a long the way.  Reilly is good in this small but well done film, and Wysocki gives a powerful understated performance.  My Rating:  Full Price   Terri Website

The 50 (a movie from my best/worst film of all time):
#44 Worst Film:
The Bonfire of the Vanities (1990)  This bomb-of-a-film about the excess lifestyle of the 80’s is directed by Brian De Palma (Carrie, Dressed to Kill).  Tom Hanks (in a role he was never meant to play) is a financial wizard whose life begins to come apart when is his mistress (played by Melanie Griffith) hits a boy with her car.  A tabloid journalist (played by Bruce Willis) uncovers the accident and exposes the couple’s secret.  Hanks, throughout the film, looks as though he knows he is making a stinker and there is absolutely no chemistry with .  I’m not sure even knows she is in a film, and Willis plays his character with a permanent smirk on his face.  Meant to be an ironic commentary on the wealthy and the justice system, the film ends up being a commentary on how Hollywood can take a wonderful novel (by Tom Wolfe) and make it into a really bad film.   The Bonfire of the Vanities Info

Forgotten Film:  The Sure Thing  (1985)  Rob Reiner (Stand by Me, When Harry Met Sally) directed this comedy about two college students on a cross country trip to .  Daphne Zuniga is a straight-laced, proper college student who is going to visit her boyfriend and decides to let John Cusack come along.  Cusack takes the road trip to chase a beautiful girl who has been known to sleep with any man – a sure thing. The couple does not get along and encounters a number of obstacles in getting to .  But, as they spend more time together, something begins to spark between them.  Will this odd couple ever get to their destination, and will Cusack find his “sure thing?”   The Sure Thing Info

In Case You Missed It (A Film Just Released on DVD);  From Paris with Love (2010)  This was, by far, the worst movie I saw last year.  John Travolta and Jonathan Rhys Meyers play two CIA agents who are trying to stop a bomber in .  I think this movie was made so Travolta could eat his way across , and he looks as if he was successful.  There is no “buddy-buddy” chemistry between the two agents, and the fight sequences are just uninteresting.  It’s one of those movies where you don’t care how it ends, just that it does end…and soon.  My Rating:  You Would Have to Pay Me to See it Again   From Paris with Love Info


Weird Credits:  From the film The Troll Hunter:  Rabies Consultant
Coming Soon to a Theatre Near You:  The Beaver (2011)   Mel Gibson hopes this is his comeback film. Directed by Jodie Foster, Gibson plays a depressed man separated from his wife, when he discovers a beaver hand puppet in a trash bin.  He starts using the puppet to communicate with people, and the beaver takes over his life, as he can only talk through the beaver.  Foster has a good track record and Gibson can act, so I am hopeful, but I am not so sure the American public is ready to love Mel again…especially using a beaver hand puppet.   The Beaver Website 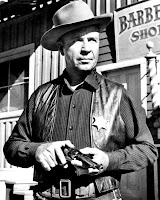