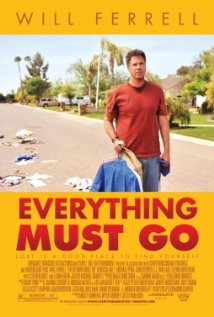 My View:  Everything Must Go (2011)  Will Ferrell plays an alcoholic, who, all on the same day, loses his job, his wife, and he’s locked out of his house,   His wife moved out and tossed all of Ferrell’s belongings onto the front lawn.  Without a car or any money, Ferrell starts living on his front lawn, much to the dismay of his neighbors.  This is a very serious drama, and Ferrell plays his role with great sadness and reserve.  This slow moving film is very predictable, but we get tired of Ferrell continually drinking beer in his recliner, watching his neighbors live the life he no longer has.  The supporting cast is solid with Rebecca Hall as the pregnant neighbor and Christopher Jordan Wallace (son of the late rapper The Notorious B.I.G.) as the kid who befriends Ferrell and who is the brightest spot in this dreary film,.   My Rating:  Cable  Everything Must Go Website

The 50 (a movie from my best/worst film of all time):
#42 Worst Film:  Players (1979)  The plot of this stinker from the 70’s is a tennis hustler (played by Dean Martin’s son Dean Paul Martin) gets involved with a girl (played by the beautiful but vacent actress Ali MacGraw) who changes his life so much that he becomes competent enough to play for the Men’s Singles title at Wimbledon.  Apparently, the message of this film is, “the love of a good woman changes your backhand and gets you a killer serve.”  This film has one of the most boring / un-erotic love scenes of all time as Martin and MacGraw get intimate on a lawn chair.  It was game/set/match before the opening credits of this film.  Players Info

Forgotten Film:  The Cooler (2003)  William H. Macy plays a man, hired by a  casino, whose luck is so bad, he manages to stop the winning streaks of others.  Macy works for Alec Baldwin, perfectly cast in the role of a slick mobster who runs an old style casino.  Macy uses his sad-sack appearance in an advantageous way to show how downtrodden this character is.  But, Macy’s luck is about to change when he meets and falls in love with a cocktail waitress (the radiant Maria Bello).  He becomes a winner, but that doesn’t please Baldwin who uses every trick in the book to get his “Cooler” back to his losing ways.  This is a small film filled with snappy dialogue and brilliant performances.  The Cooler Info

In Case You Missed it (A Film Just Released on DVD): When In  (2010)   Kristen Bell, plays an unlucky in love girl working in .   travels to to attend a wedding where she meets the man of her dreams, but soon discovers he is with someone else.  In response to he new broken heart, she gets drunk and steals four coins from The Fountain of Love.  doesn’t know, however, that her action provokes the four men who threw the coins into the fountain to fall in love with her.  This film is just unfunny and relies too much on Kristen Bell’s likeability.  What was made in  should have stayed in !  My Rating:  You Would Have to Pay Me to See it Again.  When In Rome Info

In Memory of Ed Wood (A Movie I’ve Only Seen in Trailers but Just Looks Like a Bad Idea)  Zookeeper  Kevin James and talking animals.  When the idea of taking a talking gorilla to a Friday’s Restaurant is your biggest joke in the trailer, you know the film is probably going to stink.  Zookeeper Website


Weird Credits:  From the credits of Everything Must Go (2011)  Animal Wrangler (Koi)


Coming Soon to a Theatre Near You:  Super 8 (2011)  From writer/director J.J. Abrams and producer Steven Spielberg, this highly anticipated movie is about a group of friends who witness a train crash in their town.  After the tragic crash, all sorts of bad and strange things begin to happen.  The trailer looks great, and I am hopeful that Spielberg returns some of his E.T. magic to this film.  Super 8 Website 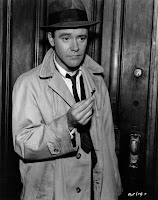