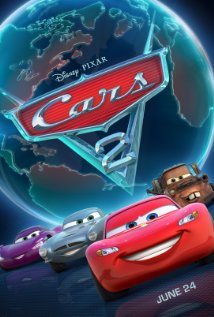 My View:  Cars 2  (2011)   The first Cars movie came and went a few years ago, and it was a pleasent picture but really didn't create the excitement of Toy Story or Finding Nemo.  Now Pixar has come out with Cars 2, and it really misses the mark.  Lightning McQueen and his buddy, the tow truck Mater, enter a World Grand Prix and get mixed up in a spy caper at the same time.  The film is hard to follow with all of the new characters, and I was disturbed by the violence (lots of car crashes, guns being fired and talk about cars dying).  Though the animation is up to the usual Pixar standards and the action looks good in 3-D, the story line is just not up to the high level Pixar usually sets with their scripts.  Even the short, animated film before the feature (a Toy Story piece) is very disappointing.  Instead of shelling out the money for this feature, rent Toy Story 3 or How to Train Your Dragon.  Those films know how to tell a story.   My Rating:  Cable   Cars 2 Website

The 50 (a movie from my best/worst films of all time):
#40 Worst Film:  BloodRayne (2005)  To prove this film belongs on my worst film list, all I have to say it that the director is Uwe Boll, who brought us such epics as House of the Dead (2003), Postal (2007) and the equally bad Stoic (2009).  How Boll continues to make films is beyond me.  In this film, Rayne (played by Kristanna Loken) is half human / half vampire and seeks revenge on the King of the Vampires with the help of the Brimstone Society, a group of vampire hunters.  The special effects are almost as laughable as the dialogue, and the plot gets so confusing that it would take a flow chart to figure out everything.  By the end of the movie, we don't care who wins…we just want them all to die and go away.  Unfortunately, they don’t, and Boll has created two sequels.  So, like a vampire, these bad movies keep on appearing in the night.   BloodRayne Info

Forgotten Film:  A New Leaf  (1971)   Walter Matthau plays a well-to do-playboy who is used to the pampered life.  But, much to his dismay, Matthau’s character learns that he has blown through his fortune and is soon to be penniless.  He decides that the solution to his problems is to marry a wealthy woman, but after realizing his marital prospects are slim, he meets a meek, accident-prone heiress (played by the writer/director of the film, Elaine May) who will inherit a vast family fortune.  Matthau’s plan is to sweep her of her feet, quickly marry her and then, since he can't see himself being tied down, murder her.  But is it possible that love might rear its head to dash his dastardly plans?    A New Leaf Info

In Case You Missed It (A Film Just Released on DVD):  The Adjustment Bureau  (2010)  I gave a good review for this film this past March, and I stand by that review.  This is a very entertaining film that is part Sci-Fi mystery (sort of in the vein of Inception) and part romantic thriller.  I loved the chemistry between the two leads:  Matt Damon, who plays an up-and-coming Congressman and Emily Blunt, a woman he meets by chance and becomes instantly attracted to.  This film has a great pace to it, and there are many, unique twists and turns that make it intriguing.  My Rating:  Full Price   The Adjustment Bureau Website

In Memory of Ed Wood (A Movie I've Only Seen in Trailers but Just Looks Like a Bad Idea):  The Smurfs  (2011)  Really?  Is there a film worth anything that combines animation and live action? This movie looks more like a  bomb than a winner like Who Framed Roger Rabbit.  The Smurfs have come to  to spread their magic, but I hope the movie-going audience will treat them like New Yorkers would…and just ignore them.   The Smurfs Website

Weird Credits:  From the credits of Cars 2:  Production Babies

Coming Soon to a Theatre Near You:  The Help  (2011)  Emma Stone (Easy A) plays a writer in 1962 who has returned to her  home after graduating from college.  She makes friends with several maids in the community and decides to write a book about their experiences.  Emma Stone has the acting skills to pull this off, and with a great supporting cast (Allison Janney, Sissy Spacek, Cicely Tyson), this might be another southern-based hit.   The Help Website 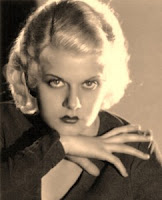