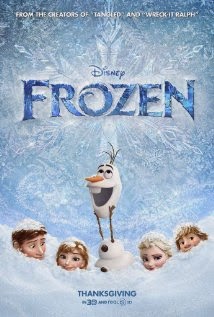 Family Faire:  Frozen  (2013)  PG   In the kingdom of Arendelle, there are two Princesses: Elsa (Idina Menzel), who is soon to be Queen and who has the strange ability to make snow and ice out of nothing, and her sister, Anna (Kristen Bell). When Elsa lets her emotions get the better of her, she accidentally triggers a magical winter that freezes the entire kingdom. Elsa, known now as the “Snow Queen,” goes into hiding, and Anna must set out on a journey with a mountain man named, Kristoff (Jonathan Groff), and a reindeer sidekick named, Sven, to find her sister and save the kingdom.  This the best Disney film in years with great songs, fun sidekicks and a winning cast.  Both Kristen Bell and Idina Menzel have beautiful singing voices, and several of the songs in the film are breakout hits.  The storyline has plenty of twists and turns, and the animation is eye-popping.  The film is worth seeing in 3-D if just for the opening animated short that is one of the best uses of 3-D animation that I have ever seen.  My Rating: I Would Pay to See it Again

Indiefest:  Philomena  (2013)  PG-13   In an effort to resurrect his journalistic career, Martin (Steve Coogan) agrees to do a human interest story on Philomena (Judi Dench), a woman who is searching for her son and whom she gave up for adoption almost 50 years ago. Judi Dench is amazing in this touching, and, at times, funny film.  Her portrayal of Philomena, a kind-hearted, religious woman who is determined to find her long lost son, is worthy of an Oscar.  She plays her part perfectly and matches up well with Coogan, who plays a hard-hearted journalist who is very full of himself and really thinks her sob story is beneath his talents.  As the film develops, Philomena’s charm works over Martin, and he comes to truly enjoy his time with her.  But, it’s Dench who is the film's star, and she carries it off beautifully.  My Rating:  I Would Pay to See it Again  Philomena Website

Indiefest:  Nebraska  (2013)  R  Woody (Bruce Dern) is convinced that he has won a million dollars and wants to travel from Montana, where he lives, to Nebraska to collect the winnings. Against the wishes of Woody’s wife, Kate (June Squibb), and brother, Ross (Bob Odenkirk), David (Will Forte), Woody’s youngest son, decides to take his father cross-country to the company that has issued the ticket.  This is a brilliant film and my favorite at this year’s Austin Film Festival.  Dern gives a performance of a lifetime as the broken down, alcoholic Woody.  We never really know what Woody is thinking as Dern plays him as a man of very little words.  Forte does a nice job playing the son who desperately wants to reconnect with his father.  June Squibb steals the film as Woody’s opinionated, speak-her-mind wife.  The film is a road trip film where the people don’t seem to ever move.  My Rating:  I Would Pay to See it Again   Nebraska Website

My View:  Black Nativity  (2013)  PG  After Langston (Jacob Latimore) and his mom (Jennifer Hudson) have been evicted from their apartment, he is sent to New York City to spend the holidays with the Reverend Cornell Cobbs (Forest Whitaker) and his family. There Langston discovers the strength of family and friends.  This musical works much better when the cast is singing as both the dialouge and the storyline are very weak.  I did enjoy the songs, especially when Jennifer Hudson sang but that doesn't make up for the very predictable story.  My Rating:  Bargain Matinee  Black Nativity Website

Forgotten Film:  Citizen Ruth  (1997) R  Ruth (Laura Dern) is an unlikely poster child for the “Right to Life” movement.  She is a drug-sniffing addict who has had four children taken away from her, and the cops know her by name.  When she is arrested again, and a judge finds out that she is pregnant, he orders her to have an abortion.  A group called “Baby Savers” finds out about the judge’s order and they take up her cause.  She then becomes a pawn in the game between the Baby Savers and a pro-choice group.  This is a smart, and, at times, a very funny satire directed by Alexander Payne (The Descendants) that makes fun of both sides of the abortion battle.  Dern is brilliant as Ruth, who really doesn’t care about anything other than her next high.  The film is full of amazing performances and interesting characters who make this a fun film to watch.  My Rating:  Full Price  Citizen Ruth Info

Coming Soon to a Theatre Near You:  Anchorman 2: The Legend Continues  (2013)  Just in time for Christmas, the further adventures of our favorite TV anchorman (Will Ferrell) who takes the gang to New York to be on a 24 hour news channel.  The big question:  Will we be quoting lines from this film as much as we do from the first?  Anchorman 2 Website 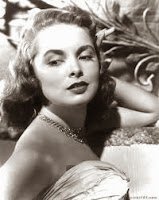