My View:  3 Days to Kill (2014)  PG-13 Ethan (Kevin Costner) is one of the best Secret Service agents the agency has ever had, but it ‘s come at a price, his family. Ethan decides to retire from the agency to spend time with his teenage daughter (Hailee Steinfeld) before she leaves for college. Before, though, he can leave, he must serve one more mission, a mission to kill the world’s most wanted terrorist. This film is such a strange movie it’s hard to put into words.  Its part father/daughter reconnecting after 5 years apart, and part action film where Costner is trying to kill one of the world’s bad guys. The film goes for every cliche in the book, including having Costner teach his daughter how to slow dance.  The plot is full of holes, including the fact that  if Amber Heard’s character, Vivi, is such a badass spy, why can’t she kill the bad guy herself, instead of putting Costner’s character through the ringer.  Costner, after having taken a few years off from acting, has had quite a little comeback with some good parts this year. This wasn’t one of them.  I guess he just wanted to see Paris.  My Rating: Cable  3 Days to Kill Website

The 50  (A Movie from My Best/Worst Films of All Time)
#2 Worst Film:  The Terror of Tiny Town (1938)  I don't have to say much more about this film than it's a little people musical western.  What little (no pun intended) plot there is about a bad guy who reigns his “terror" on the townspeople of a western town, is lost in an attempt to have its actors go between a western, a musical and a comedy.  The songs are bad, the acting is worse, and the attempts at comedy are beyond in bad taste (instead of going through the swinging doors of the saloon, our hero walks under them).  The only redeeming thing  about this film is it's only 62 minutes long, but I guarantee you watch this film, and it will be the longest hour of your life. And remember the tag line of the movie, "Little Guys with Big Guns!"  The Terror of Tiny Town Info

Forgotten Film:  Smile (1975) PG This well written satire revolves around the contestants and judges of a beauty pageant called, California 's Young American Miss Pageant.  The film centers around the contestants as they are whipped into shape by a ruthless choreographer (real life choreographer Michael Kidd), who works the young women until they are in tears.  The pageant is run by Big Bob (Bruce Dern) who hits on every girl in the pageant, Brenda (Barbara Feldon), a former winner of the event, and her husband (Nicholas Pryor), who is being driven mad by his wife's unrelenting antics. The film is a satiric look at how we perceive beauty, especially in young women, and how far people will go for recognition.  The film is also helped by a brilliant cast that make up the contestants, including Melanie Griffith, Annette O’Toole, Denise Nickerson and Colleen Camp.  My Rating:  Full Price  Smile Info

In Memory of Ed Wood (A Movie I’ve Only Seen in Trailers But Just Looks Like a Bad Idea): Think Like a Man Too (2014)  Sequel to the 2012 hit with the cast returning to follow up on the characters from the first film.  I think it's time Kevin Hart slowed down a bit and took his time making his next appearance in a film...how about in 2016?  Think Like a Man Too Info

In Case You Missed It (A Film Just Released on DVD/Blu-ray):   Escape Plan  (2013)   R   A world renown security expert (Sylvester Stallone) is asked to test the world’s most secure prison from the inside, as a prisoner.  Now he realizes that he was set up and must gain the help of one of the prison's most notorious criminals (Arnold Schwarzenegger) for help to escape.  When is an action film not an action film?  When your two stars are getting up there in age and can’t handle a full-fledged action film.  The film can’t decide if it wants to be a drama, an action film or a snarky comedy and, therefore, fails at all three.   My Rating: Cable   Escape Plan Website

Weird Credits:  From the credits of The Monuments Men:  snow effects 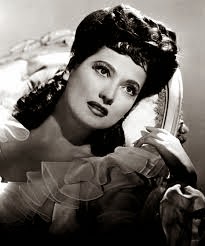