The Fault in Our Stars

My View:  The Fault in Our Stars (2014) PG-13  Gus (Ansel Elgort) is a cancer survivor with a prosthetic leg.  Hazel (Shailene Woodley) has cancer, and her constant companion is an oxygen tank.  They meet  at a cancer support group and fall in love.  Just how long will this relationship last?  Get out your box of tissues (you will need a full box), and get ready for an excellent story of how thrilling first loves can be and how life can be so unfair.  Woodley, in her best performance to-date, is magical as the girl fighting cancer with her attitude and her heart. Elgort is perfectly cast as the boy with a great sense of humor who falls hard for Hazel. Their chemistry is amazing to watch, and there is a real connection between the two. While cancer is present in almost every scene (almost as its own character), the real heart of the story is about two people finding each other and accepting that they must make every moment count.  My only complaint (and it’s a small one) is that there were moments in the film where I got choked up, but there never was that big, hard hitting emotional spot, just a whole bunch of little ones. My Rating: Full Price  The Fault in Our Stars Website


Indiefest:  Cold in July (2014) R Awakened in the middle of the night, Richard Dane (Michael C. Hall) kills an unarmed intruder in his home.  When the dead man’s father (Sam Shepard) shows up, Richard feels threatened.  So he hires a private detective (Don Johnson) to protect him and his family, but things just get more and more complicated.  I loved this suspenseful film that had numerous twists and turns with one big twist that I didn’t see coming.  Hall does an excellent job of playing a man who gets deeper and deeper into a situation that he isn’t equipped to handle.  Shepard is perfect as a man who could explode at any moment. I loved Don Johnson as the outrageous P.I., chewing up scenery with gusto.  This is a brilliant film that keeps you on your toes.  My Rating: Full Price  Cold in July Website

Indiefest:  Words and Pictures (2014)  PG-13 Dina Delsanto (Juliette Binoche) is an artist who has developed rheumatoid arthritis. She needs help on a daily basis to get around, so she moves to a new town and begins teaching at a prestigious private high school. She instantly clashes with the English teacher, Jack Marcus (Clive Owen), an alcoholic writer who hasn’t written anything in years. Now the question is which is more meaningful…words or pictures?  Binoche and Owen are let down by the script, which starts out strong but ends up being predictable and heavy-handed.  The film works best during the first half where the two characters are debating, but as the film progresses, and the two become more than just colleagues, their chemistry seems to fizzle. My Rating: Bargain Matinee  Words and Pictures Website


Forgotten Film: Klute (1971) R  John Klute (Donald Sutherland) is a Private Investigator who is hired to find out what happened to a businessman who has been missing for six months.  His only clue - a handwritten obscene letter written to a Manhattan call girl (Jane Fonda) by the missing man.  Now, Klute is part of a cat and mouse game where no one can be trusted and his life may be in danger.  This is an interesting film where you really don’t know what is going on or whom you can trust.  Sutherland is very different in this role, playing a man who isn’t too sure of himself or his abilities. Fonda is absolutely gorgeous and is perfect in the part of the call girl who is in way over her head.  It’s a film that will keep you guessing until the very end.  My Rating:  Full Price Klute Info


In Case You Missed It (A Film Just Released on DVD/Blu-ray):  Son of God (2014) PG-13 The story of Jesus (Diogo Morgado) from his humble beginnings, his lifelong teaching, his crucifixion and to his resurrection.  Morgado is admirable in the role and has a pleasing presence on the screen with the perfect amount of charisma the part needs.  I felt that while Son of God isn’t a bad film, it just doesn’t bring anything new to the story of Jesus.  My Rating: Bargain Matinee Son of God Website

Weird Credits: From the credits of The Fault in Our Stars:  Textile Artist

Coming Soon to a Theatre Near You:  Wish I Was Here (2014)  Zach Braff is a father who, at age 35, is still trying to find his way.  His life is changed when he takes his kids out of private school and begins home schooling them.  I really enjoyed Braff’s first film that he wrote and directed, Garden State (2004), so I can’t wait for this one.   Wish I Was Here Website 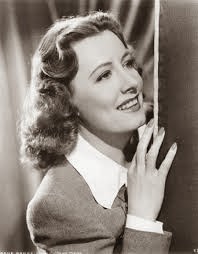