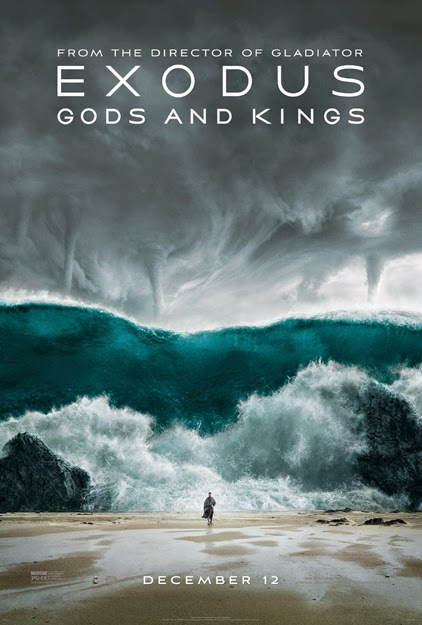 My View:  Exodus: Gods and Kings  (2014) PG-13 Moses (Christian Bale) has always known he was different than his brother, the future Egyptian Pharaoh Ramses (Joel Edgerton).  He learns that he was born a slave and that his destiny is to lead his people to freedom. Exodus: Gods and Kings is director Ridley Scott’s latest attempt to dazzle us with big action sequences and lots of brooding by Christian Bale.  Bale plays Moses, whose brother is the future pharaoh Rameses, played by Joel Egerton.  Egerton, doing his best Marlon Brando imitation, is given the task of performing on-screen with the scene chewing Bale. The film wastes a marvelous cast.  Aaron Paul barely says a word, and I think Sigourney Weaver, who plays Rameses's mother, has two lines, at best. It's Egerton and Bale’s movie.  Rameses is written as a real jerk, who is willing to kill any slave who dares to rebel. Moses is portrayed as a man who doubts  that he is worthy of God's faith, constantly debating God's decisions. The story of Moses leading 600,000 slaves out of Egypt has been told many times in film and TV. Ridley Scott brings nothing new to the story. The film feels very cynical and lacks the wonderment that biblical films usually have. The film is 150 minutes long but feels more like the 4 hours that Scott's first cut was rumored to be. The special effects are drab and lifeless.  Even (spoiler alert) the parting of the Red Sea seems boring and almost an afterthought. And it's not worth seeing in 3-D as I rarely noticed the 3 D effects.  It’s a film that you will want to avoid like a plague of locust.  My Rating: Cable  Exodus: Gods and Kings website

My View:  Wild (2014) R  In 1994, a troubled young woman, Cheryl (Reese Witherspoon) decides to hike, alone, more than a thousand miles of the Pacific Crest Trail. This is a very deep and spiritual film that, at times, is funny and, at other times, is quite sad.  Cheryl has made a mess of her life, and it has gotten to the point that she has alienated everyone who is important to her.  To find herself, she decides to go on a hike that even the most experienced hikers have a hard time completing.  Witherspoon is brilliant in this film, and gives a gritty, brave, no-holds-barred performance that is sure to get her an Oscar nomination.  She takes what is a quite unlikable person and makes her sympathetic, getting us to root for her.   My Rating: Bargain Matinee  Wild Website

Indiefest:  Top Five  (2014) R  A comedian (Chris Rock) is trying to make it as a serious actor.  His fiancée (Gabrielle Union) convinces him to allow their wedding to be broadcast on her reality TV show. Everything is going well until a reporter (Rosario Dawson) shows up to do an interview that just may change his life. I loved this witty, sometimes raunchy comedy written and directed by Chris Rock.  The film, while very funny, also has a lot of heart.  There is great chemistry between Dawson (in one of her best performances) and Rock.  They spend a great deal of the film on screen together, and their back and forth banter feels natural and relaxed.  The cameos are what make this film work, and there are plenty of them.  Cedric the Entertainer stands out as a brash promoter who spends a wild night with Rock’s character involving some ladies of the evening and alcohol.  The film also looks at what it’s like to be successful and still have doubts about your life and your career.  My Rating: I Would Pay to See it Again  Top Five Website

My View:  The Babadook (2014) A young boy, Samuel (Noah Wiseman) suffers from insomnia when he believes that monsters will come out of his closet or from under his bed.  In order to get him to sleep, his mother, Amelia (Essie Davis) reads the boy bedtime stories.  When the mother reads Mr. Babadook to the boy, both mother and child realize that they have just made a mistake that could cost them their lives.  This is one of the scariest and inventive horror films that I have seen in a long time. Smartly done and with incredibly scary scenes, this film will terrify you.  It’s refreshing to have a horror film that doesn’t get too bloody or go for the cheap “gottcha” scare tactics, but instead builds the tension till you just can’t stand it anymore.  This is one of the best horror films that I have seen in many years.  My Rating: Full Price  The Babadook Website

Indiefest;  Antarctica: A Year on the Ice (2014) PG  This documentary looks at the scientists and researchers that work in one of the most isolated places on earth, Antarctica. It's tough to live there in "summer" but imagine living there in winter, where two months the sun never comes up, and they endure category 1 hurricane winds at least once a week.  This is a fascinating film that has beautiful time lapse photography that capture a place that we will never visit in person. The film does a brilliant job of showcase the people that choose to live their, giving us insight into what draws them there and why they continue to come back. This a must see for any fan of nature documentaries.  My Rating: Full Price  Antarctica: A Year on the Ice Website

Indiefest:  Glen Campbell:  I’ll Be Me  (2014)  PG  In 2011 singer Glen Campbell was diagnosed with Alzheimer's. Campbell was determined to go public with the diagnosis and also go on one last “Goodbye Tour.”  The tour was only to last for a few weeks but turned into a 151 show nationwide tour as Campbell and his fans got to say goodbye.  At times funny, sad and maddening, this film is an incredible inside look on what it’s like to deal with Alzheimer’s and its impact on not only the victim, but the family and friends that have to take care of the person.  It’s remarkable that Campbell was able to play and sing (with help from a teleprompter) for as long as he did.  This moving film that touches your heart and makes you want to do whatever you can to fight this deadly disease.  My Rating: Full Price  Glen Campbell: I'll Be Me Website

Forgotten Film:  Crimes and Misdemeanors  (1989)  PG-13  This is one of Woody Allen’s strangest films, as half is a comedy and the other half is a drama.  An adulterer (Martin Landau) decides that his mistress (Anjelica Huston) is getting to brash, and he decides to try and kill her.  Allen plays a filmmaker is a loveless marriage, falls in love with a co-worker (Mia Farrow) without much success.  Landau gives the performance of a lifetime and Allen is his usual funny, self-deprecating character. The film is an interesting take on love and relationships.  Just how far are we willing to go to find happiness once again?  My Rating: Full Price  Crimes and Misdemeanors Website

Weird Credits:  From the credits of The Babadook:  brush hands

Coming Soon to a Theatre Near You:  Red Army (2014) PG This documentary about the Soviet Union Ice Hockey team is getting great critical acclaim. Who doesn’t want to relive the “Miracle on Ice” ?  Red Army Info 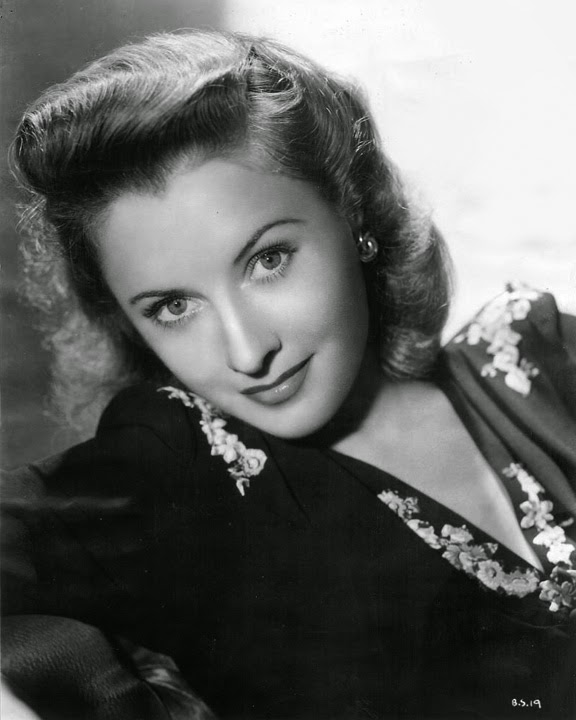