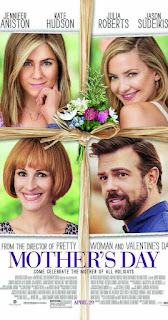 My View:  Mother’s Day  (2016)  PG-13  As Mother’s Day nears, a group of seemingly unconnected people come to terms in their relationships with their mothers. This is a film that I call a “watch” film.  I looked at my watch convinced that the film was almost over, only to discover that we still had an hour to go. Garry Marshall also directed Valentine’s Day (2010) and New Year’s Eve (2011). If you liked those films, you will probably enjoy this one. For the rest of us, the film is too long, filled with one-dimensional characters, a plot that a fifth grader could come up with and wastes the talents of a cast filled with actors like Julia Roberts, Timothy Olyphant, Sarah Chalke. Britt Robertson and Margo Martindale. Probably the most interesting characters in the film, are the gay couple played by Chalke and Cameron Esposito, and they have the least amount of screen time. I can’t wait for Marshall to bring out his next film. I hear he is choosing between Arbor Day and President’s Day.      My Rating:  You Would Have to Pay Me to See it Again   Mother's Day Website

My View:  Keanu  (2016)  R  When Rell’s (Jordan Peele) beloved pet kitten, Keanu, is stolen,  he and his cousin (Keegan-Michael Key) are out to find who did it and make them give the kitten back.  They may have bitten off more than they bargained for. This film has some hysterical scenes but this is a film that doesn’t always deliver, and there are quite a few scenes that just don’t work as well as they should.  It is pretty obvious that Key and Peele love movies, as there are constant film references throughout the film. And of course, the two comedians work well together on screen but it felt if it was a bunch of skits put together to fill out a movie.  I will say this; the cat is darn cute.    My Rating: Bargain Matinee   Keanu Website

Family Faire:  Ratchet & Clank  (2016)  PG   The galaxy has become under attack, and it’s up to Ratchet (James Arnold Taylor), a mechanic who dreams of being a hero, and his robot friend, Clank (David Kaye), to come to the rescue. Based on a video game, I found this film boring and uncreative. Fans of the game may enjoy it since they use the actors in the film that play the main characters in the game, but anyone over the age of 9 will go home disappointed. There is nothing in the storyline to keep you awake, and the bad guys don’t seem overly threatening. What is supposed to be the strong point of the storyline, the relationship between Ratchet and Clank, is too simple to be interesting. Take the kids to see Zootopia; even it’s for the fourth time. You and the kids will enjoy it much more than this film.     My Rating: Cable   Ratchet & Clank Website

Indiefest:  Sing Street  (2015)  PG-13  A boy (Ferdia Walsh-Peelo), growing up in Dublin in the 1980’s, starts a band to escape his broken family life, a school he doesn’t fit in with and to impress a girl (Lucy Boynton) he has a crush on. I loved this film, especially the performances of the two leads, Ferdia Walsh-Peelo, and Lucy Boynton. Walsh-Peele is a duel threat in this film, displaying a fine singing voice with the charisma of a rock star. His character is boyish one minute and mature beyond his years in the next scene, a testament to his acting prowess. Boynton is perfect in the role of the world-weary girl who wants to escape Dublin with the slim hopes of being a model. For a fan of early eighties music (and videos), this film is so much fun to watch. The original songs that the band plays in the film are outstanding and catchy. In a week where I saw a lot of films that were light on character development and plot, it was a delight to watch a film so well written and produced. It reminded me of two excellent films about bands, The Commitments (1991) and more recently, the director of this film, John Carney's Begin Again (2013). If you love music, this is one film not to be missed.   My Rating:  I Would Pay to See it Again   Sing Street Website

Indiefest:  Papa Hemingway in Cuba  (2016)  R  In 1959, a young journalist (Giovanni Ribisi), travels to Cuba to meet his literary idol, the legendary Hemingway (Adrian Sparks). I loved Hemingway, the writer, but not the man, himself. I can say the same thing about this film. The film was written by the late Denne Bart Petitclerc, based on his own experiences with Hemingway, but I feel that the subject matter was probably too close to the writer for him to see the problems with this film. The dialogue feels very stiff and just doesn’t flow naturally as characters don’t talk to each other but seem to make speeches every time they converse. Some of the plot points just don’t make sense which makes the film feel very contrived. Sparks, while looking exactly like Hemingway, doesn’t have the charisma to fill the very big shoes of Papa. Ribisi puts his heart and soul into the role of the hero worshiping reporter but is let down by the script in the big scenes. If you really want to see a film about Hemingway, then rent the excellent documentary, Ernest Hemingway: Wrestling with Life, instead of this film.     My Rating: Cable   Papa Hemingway in Cuba Info

Indiefest: Green Room  (2016)  R  After witnessing a murder, a punk rock band is made to defend themselves against a group of skinheads. This is the movie that Straw Dogs (2011) wanted to be. I will warn you that this film has very graphic violence, so if you are the type of person who has to turn away during an episode of Grey’s Anatomy, then this film isn’t for you. I loved the look of this movie as it almost oozes trouble on the screen as the scenery seems to be muted in an almost dark green glow. The dialogue flows well, and the action sequences are handled with a crispness that I missed (from some films that I have seen in the last two weeks). Patrick Stewart is the main bad guy, and he is full of menace as he uses his calm voice to get over his point that the band is not getting out alive. Of the rest of the cast, Imogen Poots stands out, playing a character that is a far cry from the “girl next door” roles she usually plays. This film will keep you on the edge of your seat from almost the start of the film.   My Rating; Full Price    Green Room Website

Forgotten Film:  Last Night at the Alamo  (1983)  This film is credited as one of the hallmark independent films. Directed by the late Eagle Pennell, it’s a film about a bunch of sad sack bar patrons celebrating the bar that they love last night of being open. It’s a stark black and white film that is a harsh look at a forgotten world of Texas honky-tonks, filled with people you are willing to spend a couple of hours with but wouldn’t want to make it a regular thing. I recently saw a newly restored print of this film at SXSW and was struck by how timeless the film looks and feels.    My Rating: Full Price   Last Night at the Alamo Info

Weird Credits:  From the credits of Papa Hemingway in Cuba:  Laundry Supervisor


Coming Soon to a Theatre Near You:  Snowden  (2016)  Based on the true story of CIA employee Edward Snowden (Joseph Gordon-Levitt) who leaks thousands of documents to the press.  The impressive cast includes Scott Eastwood, Timothy Olyphant, Nicolas Cage, Zachary Quinto and Shailene Woodley.  Having seen the Academy Award winning documentary Citizenfour on the subject, I am anxious to see this film.   Snowden Website 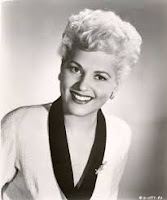