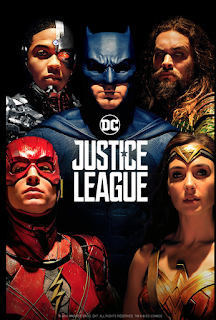 My View:   Justice League  (2017)  PG-13  Batman (Ben Affleck) is inspired by Superman’s (Henry Cavill) selfless act in Batman vs. Superman; Bruce Wayne decides to enlist Wonder Woman (Gal Gadot) to form a team of superheroes to face an enemy that threatens mankind. This film has a troubled history as the director Zack Snyder, left the film right after principal photography finished due to the death of his daughter. Josh Wheadon took over the reigns and reshot about twenty percent of the film, re-writing the script for those scenes. Because Snyder hates Superman (I don’t know why) and likes dark, moody films, his sections of the film seem out of place with the scenes that Wheadon helmed. Like the first Avengers film, the Wheadon scenes have quite a bit of humor and the actors look like they are enjoying playing superheroes, except Affleck who look miserable throughout the film playing Batman. What saves this film from being bad is the absolute delightful performance of Ezra Miller as The Flash. Miller brings joy to the part, giving the film a needed breath of fresh air, as his Flash seems to have maybe a bit of Aspergers syndrome. I also enjoy Gal Gadot as Wonder Woman and Jason Momoa as Aquaman, both are fun to watch on screen and I liked that Wonder Woman has a bit of character growth, that I am sure will be fully explored in the next film. The biggest problem (beside the fact the the villain of the film sucks) is that unlike The Avengers film, we don’t know some of the characters like Cyborg (I still don’t know who he is and I saw the film) or Aquaman, so I never got that thrill of seeing them all together like I did with the Avengers. I wish Wheadon had directed this film from the start, we would have gotten a film that wasn’t confusing, and at times, dull to watch. Be sure to stay through all the credits as there is a big scene at the end that you will not want to miss.    My Rating:  Bargain Matinee   Justice League Website

Indiefest:  Wonder  (2017)  PG  The story of August (Augie) Pullman (Jacob Tremblay) who was born with a facial deformity, who has been in and out of hospitals for years. Previously homeschooled by his mother, Isabel (Julia Roberts), she decides that August should go to public school so he can try to be an ordinary kid. I absolutely loved this film as it hits all the right notes, touching in come scenes, moving in others and at times very funny. Tremblay is brilliant as Augie, making us feel his joy or his pain as he tries to survive school for the first time. I am not a big fan of Owen Wilson but he is perfect in the role of the supportive father who connects with his kid through humor. Roberts, as you would expect, excels in the role of the mother who loves her kid but realizes that it’s time for him to experience the world on his own. An aspect that I loved about this film is that it’s not always Augie’s centered on Augie’s point of view. We see the story through the eyes of his sister, her best friend, and a couple of Augie’s friends. This gives us more understanding of what Augie’s world is made up of and how Augie doesn’t always know what is going on in his world. Go see this moving film but I warn you, you are going to need a tissue or two.   My Rating:  Full Price    Wonder Website

Indiefest:  Three Billboards Outside Ebbing, Missouri   (2017)  R   After police fail to solve her daughter’s murder, a mother (Frances McDormand), personally challenges the local authorities. Frances McDormand give a tour de force performance as the strong willed mother who doesn’t care who she pisses off to get her daughter’s murder solved. It’s a flawless performance that will get her lots of awards this fall. There isn’t a bad performance in the cast with Woody Harrelson as the police chief who tries to do the right thing and Sam Rockwell as his slightly dim, racist deputy who still lives with his mom and gets drunk on a nightly basis. The film has a few twists and turns to keep your attention but at the heart of this film is the vivid performances that the whole cast gives throughout the film. This is a film that you will be talking about long after you see it.    My Rating:  I Would Pay to See it Again   Three Billboards Website

Indiefest:  Lady Bird  (2017)  R  The adventures of a young woman (Saoirse Ronan), who calls herself Lady Bird, who is living in Northern California as she goes through her senior year of high school, finding love and trying to figure out her future. A lock to be in my top ten films of the year and maybe one of my favorite films of all time. Writer/director Greta Gerwig does the impossible in making an original coming of age film that feels real and shows what it’s like to be young, thinking the world is about to open up for you. You couldn’t ask for a better performance from Ronan, who is so believable as that teen who battles her mom, played by Laurie Metcalf, on a daily basis. As good as Ronan is, Metcalf is even better as the mom who can’t help herself from criticizing her daughter, wanting her to become something more than just a boy crazy girl. The film moves at a quick pace, giving us just slices of Lady Bird life during her senior year. I can’t stress how much I fell in love with this film, but this should give you an idea, I didn’t want it to end.    My Rating:  I Would Pay to See it Again    Lady Bird Website

Indiefest:  Mudbound  (2017)  R  Two men (Garrett Hedlund and Jason Mitchell) come back to their small Southern town after serving in the armed services during WWII. The two men share the experience of having fought a war and how it affects you while you try to adjust to ordinary life and the racism that still exists in the town. Heartbreaking and moving, this tale of two men who go off willingly to fight a war that scars them for life is intensely told. The center of this film is families, how they center us and make us feel safe when times are tough. The story is beautifully told and the performances are top notched. I’t s a film that feels large in scope but because we get to know the families in this story, it feels also very intimate and real.    My Rating: Full Price   Mudbound Website

Forgotten Film:  Battle of Britain  (1969)  G  In 1940, the British Royal Air Force was fighting in the air a superior fighting force in the Nazi’s, as the fate of the country hung in the balance. Exciting film with an all-star British cast including Michael Caine, Trevor Howard, Ian McShane and Laurence Olivier makes this film worth watching. The dogfight sequences are breathtaking and the cast gives it their all.   My Rating:  Full Price    Battle of Britain Info

Weird Credits: From the credits of Justice League:  Make Up Designer to Be Affleck

Coming Soon to a Theatre Near You:  Darkest Hour  (2017)  PG-13  During the early day of World War II, the fate of Western Europe was being threatened by the Nazi war machine.  Newly appointed British Prime Minister Winston Churchill (Gary Oldman) must decide to either make a stand or negotiate a truce that will surely break his country. I can’t wait to see this film as I love the history of WWII and especially Great Britain’s battle to stay alive.    Darkest Hour Website 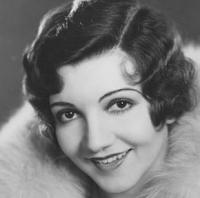