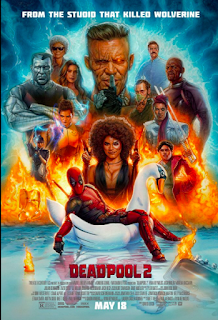 My View:  Deadpool 2 (2018)  R  Deadpool (Ryan Reynolds) is back, and this time he has assembled a team to take on a mercenary from the future named, Cable (Josh Brolin), who is out to kill a young boy (Julian Dennison).  I thought the first film was one of the best movies of 2016, and, while not quite as inventive as the first, Deadpool 2 offers a fun ride with plenty of surprises. This film, like the first, never takes itself too seriously, even when there is a sad moment. Deadpool 2 has thrilling fight sequences and, along the way, introduces a bunch of new and exciting characters. Make sure to stay through the first section of end credits because they contain some of the best post-credit sequences I have ever seen. Just remember, this film is raunchy and isn’t meant for young children. I had a blast watching Deadpool2, continually laughing throughout and you will too.   My Rating: I Would Pay to See It Again    Deadpool 2 Website

My View: Book Club  (2018)  PG-13  Four lifelong friends (Diane Keaton, Jane Fonda, Candice Bergen, Mary Steenburgen) get together once a month to drink wine and discuss their lives. A certain trashy romantic book is about to change them.  I liked this film, mostly due to the performances of the four leading ladies. The storyline is a little weak, but the film treats the four women with dignity and humor. Don Johnson, who plays an old flame of Fonda’s character, has the best storyline of the secondary characters, and he is perfect for the role. Book Club is an enjoyable comedy that shows that life after sixty can be fun, adventurous and it is possible to find love again. So, grab a glass of wine and watch four amazing actresses work their magic.  My Rating: Bargain Matinee    Book Club Website

Family Faire:  Show Dogs  (2018)  PG  Max (voiced by Ludacris), a police dog used to being on his own, is partnered with an FBI agent (Will Arnett) to go undercover and track down an animal smuggler at a prestigious dog show. One of the dogs in this film says, “They don’t make films about talking dogs anymore, and there is a reason.  Talking dog movies are horrible.” I think the only time I laughed was when Will Arnett made a joke about the Lego Batman movie. The plot makes no sense, is highly predictable and feels much longer than its ninety-two minutes.  Only very young children will enjoy this film, and adults will probably take a nap.  My Rating: You Would Have to Pay Me to See It Again    Show Dogs Website

Forgotten Film:  Across the Universe (2007)  PG-13  A love story told in song between an upper-class American girl (Evan Rachel Wood) and a poor British artist. The film is set in the 1960’s and uses more than thirty Beatle songs to tell the story of the two lovers. Across the Universe is a very unusual, intriguing film that uses even animation to move the story along. What I love about this movie is that it doesn’t always play the Beatles songs the way that they did. Slow songs are performed quickly, and happy songs are used to express sorrow. If you are a Beatle fan or a fan of musicals, you will enjoy this film.  My Rating: I Would Pay to See it Again   Across the Universe Info

Coming Soon to a Theatre Near You:  Hearts Beat Loud  (2018)  A father (Nick Offerman) and his daughter (Kiersey Clemons) bond over writing and performing songs before she goes off to college.  This film was one of the movies that wowed audiences at the Atlanta Film Festival.   Hearts Beat Loud Info 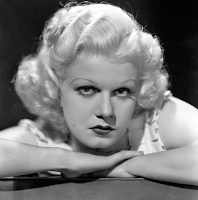