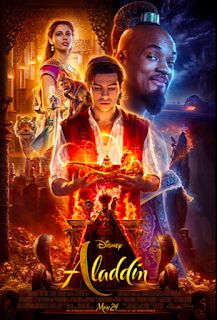 My View:  Aladdin  (2019)  PG  A street urchin named Aladdin (Mena Massoud) and an evil, power-hungry Gran Vizier (Marwan Kenzari) vie for an all-powerful genie (Will Smith) who resides inside a magic lamp. Both men are also vying for the hand of Jasmine (Naomi Scott). I had hope that this film would be good but it’s just ok. I had a big problem with the dance sequences as director Guy Ritchie decided to do some unnecessary camera tricks as he speeds up the action and then freezes it, which made the dancing almost unwatchable. I did not like Will Smith’s performance as the Genie which seems so generic. I wanted more from Smith’s Genie but his performance felt restrained and use autotune as much as you can, Smith just can’t sing. The movie felt longer than the 2 hours plus and it begs to ask the question, why does Disney think we want remakes of classic films in their library?   My Rating: Bargain Matinee    Aladdin Website

Indiefest:  The Biggest Little Farm (2018)  PG   A Documentary cameraman and his food blogger wife, decide to leave the city and become farmers of a failed 200-acre farm. This is one of the best documentaries that I have seen in the past ten years. A funny and moving film about the struggles of a husband and wife who try to rebuild a farm. While the overall tone of the film is upbeat, the Chester’s do go through some struggles, some of which threaten their farm. The film takes place over seven years and the transformation of the farm is remarkable. If you want to be inspired by a film, then this one is for you.  My Rating:  I Would Pay to See it Again    The Biggest Little Farm Website

Indiefest:  Be Natural: The Untold Story of Alice Guy-Blache  (2018)  The story of modern filmmaker Pamela B. Green’s attempt to find out about the life and films of a pioneer French filmmaker, Alice Guy-Blache, who made over 1,000 films in twenty years but it forgotten today. A marvelous film about an incredible woman whose pioneer work in cinema we have forgotten until this film. Part detective film as Green travels the world to uncover the life and work of Alice. This is the perfect film for a cinema lover in you.   My Rating:  Full Price   Be Natural Website

My View: Brightburn (2019)  R  Like a certain superhero, what if a child from another world crash-landed on Earth but instead of becoming a hero, he evolves something more sinister? A family snuggles with the fact that slowly, but surely it is very evident that their boy is very different than the rest of the population. This more of a horror story than an organ story. The violence is bloody and gruesome, at times the gore overpowers the storyline. The storyline takes forever to get going, and when it does, it is incredibly predictable. We just don’t care about any of these characters, especially the boy who becomes the anti-hero. The film ends with a place for a sequel, but I can’t imagine this doing any sort of box office to warrant that.    My Rating: Cable   Brightburn Website

My View: Booksmart  (2019)  R  Two high school overachievers (Kaitlyn Dever, Beanie Feldstein) have always placed academics over anything else. They decide they have missed the fun of being a high-school student and decide to cram four years of fun into one night. Dever and Feldstein have incredible chemistry on the screen and their timing, finishing each other’s sentences. The dialogue reminded me a little of the Gilmore Girls, where the two leads just keep it up with non-stop dialogue. The film is sidesplitting funny and what I really like, it’s an original storyline, unique in this day and age of the remake. If you want a fun time at the cinema with some winning characters, go see this film.   My Rating:  Full Price    Booksmart Website

Forgotten Film:  The Out of Towners  (1970)  G  George and Gwen Kellerman (Jack Lemmon, Sandy Dennis)  travel to New York so that George can interview for his dream job. Unfortunately just about anything that can go wrong, does. This is such a fun film to watch as we see George and Gwen get their butt kicked by NYC. Nothing goes right for the couple from Ohio but they keep going, with George determined to make it to his interview on time.  My Rating: Bargain Matinee    The Out of Towners Info

Weird Credits: From the credits of Aladdin:  Splinter Unit Director

Coming Soon to a Theatre Near You:  Rocketman  (2019)  R  Described as a musical fantasy, this is the story of Elton John’s (Taron Egerton) breakthrough years as one of the greats of pop music. I can’t wait to see this film.     Rocketman Website 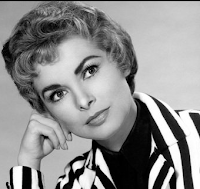