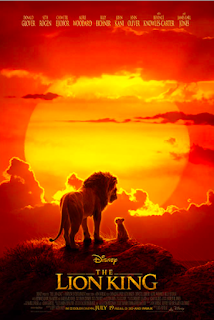 My View:  The Lion King  (2019)  PG  After the murder of his father, Mufasa (voiced by James Earl Jones), the young prince, Simba (voiced by JD McCrary) leas the area to hide. He encounters Pumbaa (Seth Rogan) and Timon (Billy Eichner) who help Simba heal. This is an amazing looking film that utilizes the Disney CGI magic to it’s fullest. There are times that you are going to swear that portions of this film are live-cation but the film is all CGI. Besides how gorgeous the film looks, the other reason to see the film is Pumbaa (voiced by Seth Rogen) and Timon (voiced by Billy Eichner). They steal the film with their antics and their dialogue, which was all improvised. Some of their back and forth banter will have you on the floor laughing. And yes, Beyonce is wonderful as Nala.  While I did like this film, I do have a problem with it. With the ultra-realistic animation, there is very little emotion shown on the faces of the animals. It is hard to tell looking at their faces if they are happy or sad and that takes away from having you related to the animals. But you should go see this beautiful looking film because as they say “Hakuna Matata.’    My Rating: Full Price   The Lion King Website

Indiefest:  Maiden  (2018)  PG  Documentary about Tracy Edwards, a 24-year-old cook on charter boats, who became a skipper and led the first-ever all-female crew to enter the Whitbread Round the World Race in 1989. An incredible story of a group of women led by a very determined Tracy Edwards who dare to enter what at the time was an almost exclusively man sport (women might be on board as a cook/servant). Most of the skippers of the yachts felt that the women would not even finish the first let, much less the whole trip of 3000 nautical miles that would take over 160 days to complete. The film does an outstanding job of how the team was formed and then an inside look at what it was like to compete in this race. The film documents the highs and lows of the women as they did what was considered impossible, to not only survive the sea but to be competitive. You will come away from this film admiring the gritty courage that Edwards and her crew displayed.  My Rating:  Full Price    Maiden website

My View:  The Art of Self-Defense  (2019)  R  Casey (Jesse Eisenberg) is beaten by a group of thugs on the street. He decides to enlist in a dojo and learn how to protect himself. The dojo is ur by a charismatic but strange sensei (Alexandro Nivola) who see potential in Casey. These lessons will change Casey’s life forever. This is a dark comedy, sometimes incredibly funny and other times horrific and shocking. Eisenberg is perfectly cast as the weak guy who takes karate classes and transforms into someone else. Alexander Nivola is superb as the very weird sensei that takes a special interest in Eisenberg’s character. It’s a cat and mouse game the two play throughout the film and we wait until the end to see who will be on top. This film isn’t for everyone but if you like strange, dark comedies then you will want to see this film.    My Rating:  Bargain Matinee    The Art of Self-Defense Website

Indiefest:  Three Peaks  (2017)  Aaron (Alexander Fehling) wants to become a family with his girlfriend, Lea (Berenice Bejo) and her 8-year-old son Tristan (Arian Montgomery). The problem is Tristan doesn’t like Aaron and will do just about anything for break Aaron and Lea up. I enjoyed that the film slowly builds, letting us see the dynamic of the three of them. The problem is that Aaron isn’t Tristan’s father but wants to be. Tristan is conflicted by his loyalty to his father but Aaron treats Tristan well and they have fun together. The tension builds as Tristan slowly starts rebelling against Aaron. Lea, as you would expect the mother to do, often sides with Tristan when he acts out, much to Aaron’s disappointment. By the time we get to the final scenes, the air seems to be crackling with tension. This is not your usual drama and it doesn’t end with us getting all the answers but we don’t need them, we were along for the ride of three people trying to figure out if they belonged together.  My Rating: Full Price    Three Peaks Website

Forgotten Film:  Deep Cover  (1992)  R  A by the books police offer (Laurence Fishburne) is recruited in infiltrating a drug-smuggling organization seeking to expand their reach. The cool thing about this movie is that it not only explores the drug trade but also issues of race and how we see our place in the world. This is reminiscent of the 40’s film noir movies where the hero is drug deeper into a world he wants no part of. Fishburne gives an outstanding performance and is matched by Jeff Goldblum as a crazy drug dealer.    My Rating: Full Price    Deep Cover Info
Weird Credits:  From The Art of Self-Defense:  Action Designer 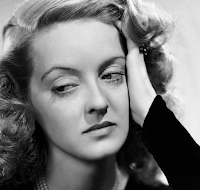 Email ThisBlogThis!Share to TwitterShare to FacebookShare to Pinterest
Labels: Beyonce, Billy Eichner, Laurence Fishburne, Maiden, Pumbaa, Seth Rogan, The Art of Racing in the Rain, The Art of Self Defense, The Lion King, Three Peaks, Timon