My View: The Avengers (2012) Nick Fury (Samuel L. Jackson) puts together a team of Ironman ( Downey Jr.), Captain  (Chris Evans), The Hulk (Mark Ruffalo), Thor (Chris Hemsworth), Black Widow (Scarlett Johansson) and Hawkeye (Jeremy Renner), to form The Avengers. They join to face the evil Loki and stop his plan to take over the world. Writer/Director Joss Whedon has done an astounding job creating one of the best action adventure films in the past ten years. The film is not only full of incredible action sequences, but it also has a surprising amount of humor, and audiences may have to see the film twice to catch all of the funny deliveries.  is the main force behind the storyline, but all the superheroes get their moment in the sun, with the Black Widow and The Hulk characters particularly standing out.  I especially enjoyed The Hulk, who smashes everything in sight, in the final battle sequences.  When you see this film, make sure to stay through the final credits, as there is a special scene (the scene was filmed by the cast while at the LA premiere last month).   My Rating: I Would Pay to See it Again   The Avengers Website

Indiefest: Monsieur Lazhar (2011) This film was ’s entry to the Best Foreign Language entry into last year’s Oscars. After an elementary school teacher commits suicide in her classroom, Monsieur Lazhar, an Algerian immigrant, is hired to take over the class in a  suburb. While helping the children get over the loss of their teacher, Lazhar tries to get political asylum, which would allow him to stay in the country he has come to love. This is a powerful film about healing, dealing with the past and the great influence that teachers have over their students. Mohamde Fellag as Monsieur Lazhar gives a multilayered performance of a man who is trying to reach his students as he deals with the horrors of his past.   My Rating: Full Price   Monsieur Lazhar Website

The 50 (A Movie From My Best/Worst Films of All Time)
#21 Worst Film:
The Lonely Lady (1983) Based on a Harold Robbin novel, Pia Zadora stars as Jerilee Randall, a schoolgirl who dreams of being a famous writer. While at a party, she is raped (with a garden hose, yes, a garden hose) by one of her friends' buddies. She is rescued by the owner of the house, Walter (Lloyd Bochner), a big Hollywood screenwriter. Walter, even though he is at least 30 years older than Jerilee, falls in love with her, and they eventually get married. Cut to the chase - Jerilee leaves Walter and sleeps her way to the top, getting writing jobs as she seduces executive after executive, and eventually gets nominated for Best Screenplay at the Oscars. Living through the character of Jerilee is the only way Pia Zadora will ever get close to an Oscar.   The Lonely Lady Website

Forgotten Film: Night of the Comet (1984) Two high school sisters (played by Catherine Mary Stewart and Kelli Maroney) wake up to find that most of humanity has been turned into dust by a comet. What is left is a few survivors and zombies, zombies that are out to kill the girls. While a little dated, mostly due to use of 80’s slang and hair-dos, the film is a fun ride when the girls take on the zombies with machine guns in one hand and hairspray in the other.   My Rating: Bargain Matinee   Night of the Comet Info

In Case You Missed It (A Film Just Released on DVD): Haywire (2011) I really enjoyed this film about a rouge agent who is out for revenge.   The action sequences that former Mixed Martial Arts star Gina Carano did so realistically is what I loved most about this film.  But I do wonder how many stunt men were injured in the making.  My Rating: Full Price   Haywire Website

In Memory of Ed Wood (A Movie I’ve Only Seen in Trailers but Just Looks Like a Bad Idea): LOL (2012) This film is about high school romance in the age of social media and stars Miley Cyrus.  It's apparently so bad that it's only being released to theatres in a few cities to satisfy some legal terms. Let’s hope you’re lucky, and it doesn’t come to your local Cineplex.   LOL Website

Weird Credits: From the credits of The Avengers: Street Signage Placement Coordinator

Coming Soon to a Theatre Near You: Ruby Sparks (2012) From the same team who brought you Little Miss Sunshine, Ruby Sparks is a film about a struggling novelist (Paul Dano) who, after suffering a serious bout of writer's block, suddenly gets the inspiration to write about a romance between a fictional girl and him. Everything is going great until the fictional girl (Zoe Kazan) suddenly appears in the flesh.   Ruby Sparks Website 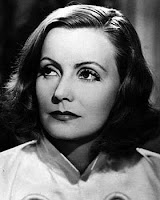