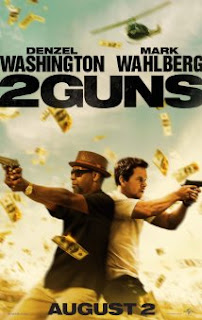 My View:  2 Guns  (2013)  R  Bobby (Denzel Washington) is an undercover DEA agent infiltrating a drug cartel. He encounters Marcus (Mark Wahlberg), whom he thinks is stealing money from the cartel. It turns out Marcus is also an undercover officer who works for the NCIS. When both men realize they have been set up by the CIA to take the fall for stealing the money, they must team up to survive.  This film is a blast to watch when Washington and Wahlberg are on screen together, as their banter is fast and witty playing off each other like they are brothers.  Unfortunately, anytime they are separated on screen, the film bogs down in an incredible complex plot that is full of double and even triple crosses.  I like the action sequences, but this film takes its time setting them up, which makes the film drag in spots.  This is a film that had potential but just didn’t seem to know how to put it all together.    My Rating:  Bargain Matinee    2 Guns Website

Indiefest:  Still Mine  (2013)  PG-13  Craig  (James Cromwell) and his wife, Irene (Genevieve Bujold), live on the family farm in a primitive, two-story house.  Realizing that his wife, who has Alzheimer’s, can’t live comfortably in their large house, Craig decides to build, by himself, a smaller home, just as his father did before him.  These are different times, and Craig soon finds out that he must file plans and follow building codes, something that he resists, up to the point where the town council threatens to demolish his newly constructed home and put him in jail.  Cromwell gives one of his better performances, showing us a man who is devoted to his wife but is very set in his ways.  The film is based on a true story and was shot on location in British Columbia.  It’s a film that deals with one man who takes on a government, but it’s really about the love between two people and the memories they share.      My Rating: Bargain Matinee    Still Mine Website

Forgotten Film:  Walkabout  (1971)  R  A teenage girl (Jenny Agutter) and her young brother (Luc Roeg) are taken out into the Australian outback by their father (John Meillon).  The father then sets the car on fire and commits suicide, abandoning the two children in the middle of nowhere.  The children head out to find help, and eventually encounter an Aboriginal youth (David Gulpilil) who helps them find food and water.  In their travels, the three, even though they can’t speak each other's languages, become close.  This is one of the most beautiful films that I have ever seen.  It’s cinematography magnificently captures the wonder and grandeur of a land that seems full of magic.  The film, while quite simple in its tale, is a story that is powerful and touching.   My Rating:  Full Price   Walkabout Info

In Memory of Ed Wood (A Movie I’ve Only Seen in Trailers But Just Looks Like a Bad Idea):  Getaway  (2013)  PG-13  Ethan Hawke stars as a getaway driver who must get behind the wheel of a car and follow the instructions of a man who is threatening to kill Hawke’s wife.  In what looks like a “Drive” rip-off, add to the mix of the film, Selena Gomez as a street smart hoodlum.  Think I’d rather change a flat tire than see this film.   Getaway Website

In Case You Missed It (A Film Just Released on DVD):  G.I. Joe:  Retaliation  (2013)  I didn’t really like this retooling of the G.I. Joe series.  I thought Bruce Willis was wasted as Gen. Joe Colton, “the original Joe."  I liked the action sequences, but the dialogue was so bad it made me cringe.  My Rating:  Cable  G.I. Joe: Retaliation Website
Weird Credits:  From the credits of 2 Guns:  Chicken Assistant
Coming Soon to a Theatre Near You:  The World’s End  (2013)  R  From the team who brought you Shaun of the Dead (2004) and Hot Fuzz (2007), this is a film about five men who reunite twenty years later to do a pub crawl.  Little do they know that by the end of the night they will have to fight robots to save the world.  I know the plot of this film doesn’t make much sense, but that's what’s so much fun about this movie.   The World's End Website 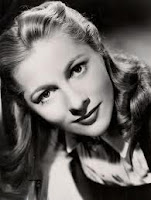