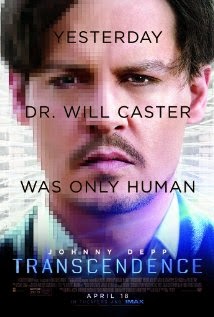 My View:  Transcendence  (2014) PG-13 Dr. Will Caster (Johnny Depp) is a researcher trying to do what no one has ever done before with computers – make a device that possesses sentience and collective intelligence.  While this movie is about technology taking over more and more of our everyday lives, the core of this film is about the love between a man and a woman.  Rebecca Hall plays Dr. Caster’s wife who stands by her man, even when he makes bad decisions.  The film was shot on 35mm film but because it has so much CGI (computer generated special effects), you really don’t notice.  I didn’t like this film, mostly because it doesn’t have heart.  We are supposed to care about the couple and their struggle to stay together, but I ended up caring more about the survival of a fellow computer scientist, played by Paul Bettany, than I did about Dr. Caster and his wife.  It's two hours of blah.  My rating:  Cable Transcendence Website

Indiefest:  Dom Hemingway (2014) R After spending 12 years in prison for keeping his mouth shut, notorious safecracker Dom Hemingway (Jude Law) is back on the streets of looking to collect what he is owed. Traveling with his devoted best friend, Dickie (Richard E. Grant), Dom visits his crime boss, Mr. Fontaine (Demian Bichir), in the south of  to claim his reward. After a near death experience, Dom tries to re-connect with his estranged daughter but is soon drawn back into the only world he knows and is looking to settle the ultimate debt. I thoroughly enjoyed this film, but a bit of warning, it’s raunchy, violent and profanity is uttered in almost every line.  Law is a blast to watch as he plays Dom as an over-the-top hoodlum.  There is outstanding chemistry between Law and Grant, who plays his best friend. This is evident in a very funny scene in a bar where the two go back and forth on how they are going to kill each other. This is just a fun film to watch, but man, you are glad at the end of the film that you don’t know any of these people.  My Rating:  Full Price   Dom Hemingway Website

Indiefest:  Under the Skin (2014)  R In , an alien (Scarlett Johansson), in the body of an attractive woman, travels the cities, looking for unattached males. She lures her victims to her home and proceeds to kill them.  This is a beautiful looking film but its storyline is so bizarre, many people may not enjoy it.  Johansson is perfectly cast as the alien that seduces men to their death, but the only dialogue she utters is mundane chit chat when she is trying to pick up men.  Most of the men in the film whom she picks up are not actors but just locals, and the conversations she has with them are not scripted. I loved the look of the film, but its storyline left a lot to be desired, and I came away not really enjoying the viewing experience.  My Rating:  Bargain Matinee  Under the Skin Website

Indiefest:  The Railway Man (2013) R Eric (Colin Firth) has a chance encounter with a woman (Nicole Kidman) on a train.  Eric figures out a way that they can meet again a few days later and, eventually, fall in love.  But Eric has a secret - he suffers from Post-Traumatic Stress Disorder due to his internment in a Japanese POW labor camp. He and his fellow British soldiers are forced to help build a railroad in . Firth and Kidman have great chemistry on-screen, and Firth is a remarkable actor who can do more with silence than most actors can do with dialogue.  The reason to see this film is Jeremy Irvine, who plays Eric when he is young and going through the horrors of the prison camp.  is extraordinary in the role and brings intensity to the screen. The actors, though, are let down by a script that moves back and forth between 1980 and 1942 at a rapid rate, making the film a series of jarring cuts.  It’s a film that is enjoyable for the level of acting, but the storyline, which is about the power of love to overcome all, isn’t memorable or moving enough to give us a great film experience.  My Rating: Bargain Matinee  The Railway Man Website  For a full length review of this film click here

My View:  Heaven is for Real (2014) PG Colton (Connor Corum) is a 4 year-old boy who, after having surgery for a burst appendix, tells his family that he traveled to heaven and talked to Jesus. Now the family has to decide to believe  and, if they do, how will the small town they live in react? Acting is usually the weak point of the faith based genre, but this one has an outstanding cast, including Greg Kinnear playing the father, Kelly Reilly playing the mom, Thomas Haden Church playing the best friend and Margo Martindale playing an important church member.  I loved Kinnear in this film, playing the preacher of a small town church.  Kinnear has such an easy going presence that it makes it highly believable that he would be a well-liked preacher.  The film is full of conversations about Heaven and God, but it’s what you would expect from this type of film.  It won't be for everyone, but it's a feel-good Christian film that many people will enjoy.  My Rating:  Bargain Matinee  Heaven is for Real Website

Forgotten Film: Keeping the Faith (2000) PG-13 Jake (Ben Stiller), Brian (Edward Norton), and Anna (Jenna Elfman) are childhood friends.  Anna moves back into the neighborhood and both Jake, who is now a Rabbi, and Brian, who is a priest, are both interested in dating Anna.  Who will end up with Anna, and will their friendship survive?  This is a very interesting, unusual romantic comedy, with the importance of religion as one of its central themes.  Elfman is absolutely perfect as the quirky object of Brian and Jake’s affection.  It’s a fun romantic comedy that has witty dialogue and a very smart storyline.  My Rating: Full Price  Keeping the Faith Info


Weird Credits: From the credits of Transcendence: Prop Paperwork

Coming Soon to a Theatre Near You:  Philomena  (2013)  PG-13   In an effort to resurrect his journalistic career, Martin (Steve Coogan) agrees to do a human-interest story on Philomena (Judi Dench), a woman who is searching for her son and whom she gave up for adoption almost 50 years ago. I liked this film and thought it was funny and touching. Judi Dench was superb in this film and she matched up with Coogan perfectly.  My Rating:  I Would Pay to See it Again Philomena Website 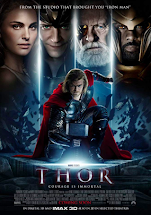 Daniel Craig was in the running for the part of Thor that eventually went to Chris Hemsworth.