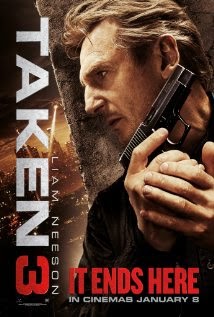 My View: Taken 3 (2015)  PG-13  My View: Taken 3 (2015) Bryan Mills (Liam Neeson) is accused of a crime he did not commit. As a determined lawman (Forest Whitaker) attempts to capture Bryan, he must use his special skills to track down and get revenge on the men who have caused him so much pain. Can we just stop making these films? The plot is plain stupid, the dialogue is even worse, and don’t get me started on the ending that just doesn’t make sense. For fans of the first film, this will be a big disappointment. The action sequences are too few and far between, and the film takes forever to get going. There is one plus - Maggie Grace, as the daughter, does not scream her head off like in the second film. As Neeson says in the first film, “Quickly now, quickly. There is no time.” Yeah, hopefully for you there isn’t any time to go see this one. My Rating: Cable   My Rating: Cable   Taken 3 Website

Indiefest: Inherent Vice (2014)  R   Larry (Doc) Sportello (Joaquin Phoenix) is a private investigator in Los Angles in the 1970’s. He is asked to investigate the disappearance of his ex-girlfriend’s boyfriend. He will soon regret taking the job, though, as it’s a tangled web of lies and deceptions that he encounters.  I felt that there were some great performances in the film, especially Phoenix and Josh Brolin, who plays a police detective who terrorizes Doc, but I also think the movie was let down by the script. You need some sort of lineup card to figure out all the characters who are quickly introduced in the first part of the film. There are some funny parts, but that doesn’t overcome the plot that just doesn’t make sense most of the time. I will say this, there is as much reefer smoking in this film as in any Cheech and Chong movie.  My Rating: Bargain Matinee  Inherent Vice Website

Indiefest: Predestination (2014)  R   A time-traveling law enforcement officer (Ethan Hawke) goes after the one bad guy who has eluded him all these years - the infamous terrorist known as the “Fizzle Bomber.” During his travels, the officer encounters a man (Sarah Snook) who has a significant tale to tell. I loved this film. It’s quirky and contains so many twists and turns that you will not see the ending coming. Hawke is perfect in the role, and Sarah Snook is a real revelation in a dual role, bringing a complex and complicated role to it full potential. If you like mysteries combined with a little Sci-Fi, then this film is for you.  My Rating : Full Price  Predestination Facebook page

Indiefest: The World Made Straight (2014)  R  In 1970’s Western North Carolina, Travis (Jeremy Irvine) is just trying to survive in a world of drug dealers and an abusive father. Travis meets Leonard (Noah Wyle), a mild-mannered drug dealer who has an interest in the Civil War. Leonard decides to take Travis under his wing to try to show the boy how to be a man. This reminded me of the 2010 film Winter’s Bone. Both are films about mountain people who do desperate things to survive. Irving is perfect as the bad boy you want to root for. Wyle does a satisfying job as the knowledgeable Leonard. The reason to watch this film is Steve Earle, who plays the bad guy in the film. Earle as a kind of mountain man mafia king, is brilliant, bringing a menacing tone to  each of his scenes.  Earle (a singer /songwriter in real life) sings a haunting ballad that sticks with you long after the movie is over.  My Rating: Bargain Matinee  The World Made Straight Website

Forgotten Film: Bringing Out the Dead (1999) R   Nicolas Cage plays Frank, a burned-out NYC paramedic, who is haunted by the patients he failed to save. Martin Scorsese directed this film that takes place over three nights. His savior just might be Mary (Patricia Arquette) who is an angry ex-junkie who meets Frank when he attempts to save her father’s life. This is one of the better Nicolas Cage performances giving insight to a man who is a very tortured soul.  My Rating: Full Price    Bringing Out the Dead Info

Weird Credits: From the credits of Taken 3: voice actor

Coming Soon to a Theatre Near You: Spare Parts (2015) Based on a true story, the film is about four Hispanic high-school students who go up against MIT in a robot building championship. Marisa Tomei, Jamie Lee Curtis, and George Lopez play the teachers who try to inspire the students.  Spare Parts info 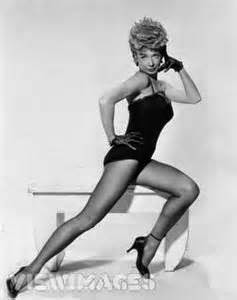