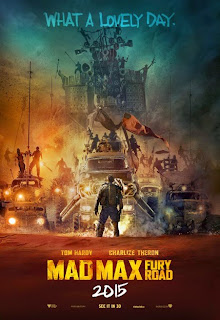 My View:   Mad Max: Fury Road  (2015)  R  In a world where everything and everyone are fought over, a man called, Max (Tom Hardy), just might be the man to restore order. If you haven’t seen any of the Mad Max films, don’t worry, though this one does reference the past films during the credits. This film gets moving right from the start and never lets up on the accelerator. The film is a blast to watch, and Tom Hardy is brilliant as Max. Even finer is Charlize Theron, who brings a tough, multilevel performance to the screen as Imperator Furiosa, a woman who is trying to escape to a better place. Nicholas Hoult is hilarious as Nux, a sad sack bad guy who can never get anything right. The action sequences are breathtaking, and there is so much going on, you might want to see this film twice. This is a car lover’s dream, as there is an array of custom cars of all types in the film, and it’s a usual world that director George Miller always creates. This world is not a place where you would want to live, but you will definitely want to visit.  Don’t worry about seeing this one in 3-D (the 3-D was added post production), but do see it on the big screen.     My Rating: I Would Pay to See It Again    Mad Max: Fury Road Website

My View:   Pitch Perfect 2  (2015)  PG-13  After a humiliating command performance, the Bellas must enter an international competition that no American group has ever won. The Bellas must win the competition to regain their competition status. I enjoyed this film and feel it is funnier than the original movie. While this sequel doesn’t have the magic moments of the first film (e.g. cup song audition), it does have some phenomenal singing, with Anna Kendrick giving us her usual outstanding performance. In addition, two newcomers, Birgitte Hjort Sorensen, and Flula Borg steal the stage as the leaders of a German A-Capella group that becomes the Bellas’ rivals. Rebel Wilson once again steals the comedy spotlight as the very inappropriate, “Fat Amy.” John Michael Higgins and Elizabeth Banks have some of the funniest lines of the movie as the two commentators, back from the first Pitch Perfect. The film does have more songs and cameos to surprise the audience, and, overall, while not as pleasing as the first film, this sequel still delivers some fantastic laughs, music and vocal talent. Be sure and stay through the first bit of credits as there is a very funny and well done bonus scene.   My Rating: Full Price   Pitch Perfect 2 Website

Indiefest:   Where Hope Grows  (2014)  PG-13   Calvin Campbell (Kristoffer Polaha) was a professional baseball player who has to take early retirement due to panic attacks at the plate. He is struggling to raise his daughter (McKaley Miller) and feels as if life isn’t working anymore. Then Calvin meets Produce (David DeSanctis), a young grocery worker with Down syndrome. Calvin is about to make a lifelong friendship.  This is one of the best faith based films that have come out of the last few years, and it’s all due to the winning performance of David DeSanctis. He just lights up the screen with his enthusiasm for life and his great chemistry with Kristoffer Polaha. It’s a tremendous performance and makes this film work. The film has a fantastic supporting cast, including Brooke Burns, Kerr Smith, William Zabka and Danica McKellar. The film gets a little sappy at times but, unlike a lot of Christian-oriented films, the religious aspects don’t hit you over the head. The message is if you stay positive and live life to the fullest, you can find happiness. That happiness is what David DeSanctis delivers throughout the movie.   My Rating: Full Price    Where Hope Grows Website

Indiefest: Iris  (2014)  PG-13  Documentary about Iris Apel, a quick-witted, flamboyantly dressed 93 year-old style maven who has been on the New York fashion scene for decades. Mrs. Loehmann (yes, that Loehmann) told Iris when she was a young woman “You’re not pretty; you never will be pretty, but you have style!” and she was right. This film by the legendary late documentary filmmaker Albert Maysles is an outstanding film about a woman who has been influencing both the fashion world and the home designer world for over 75 years. The film captures Iris’s style and wit, as she dispenses wisdom to anyone who will listen, and many want to her what she has to say. The movie also documents her love affair with her husband (who near the end of the film celebrates his 100th birthday). If you love fashion and want to be wowed by one of the great fashion collections the world has ever seen, then this movie is for you.    My Rating: Full Price   Iris Website

In Memory of Ed Wood (A Movie I’ve Only Seen in Trailers But Just Looks Like a Bad Idea):   The Gallows  (2015)   Twenty years after a horrifying accident at a school play, a group of students decide to put on the same play, and people start dying. I don’t need a horror movie about a school play; they are usually horrific enough on their own.

Forgotten Film: Marooned  (1969)  G  Before there was Ron Howard’s Apollo 13 (1995) there was Marooned. Three astronauts (Richard Crenna, Gene Hackman and James Franciscus) are stranded in a capsule orbiting the earth and are quickly running out of air. A rescue mission is hampered by a hurricane at the launch site. This film, while a little slow moving, has some intense acting, and the special effects aren’t bad for their time. I especially enjoyed the performance of Gene Hackman, who gives one of the best preformances of his long career.  My Rating: Bargain Matinee   Marooned Info


Coming Soon to a Theatre Near You:   Aloha  (2015)  PG-13  This film is written and directed by Cameron Crowe and stars Emma Stone, Rachel McAdams, and Bradley Cooper. I don’t care what the story is; I was in when you said Cameron Crowe and Emma Stone.   Aloha Info 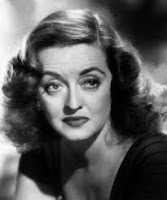