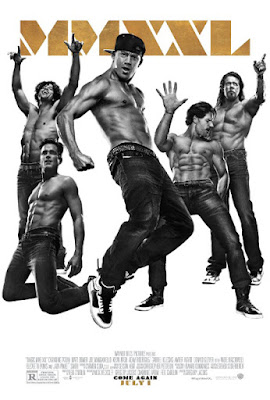 My View:   Magic Mike XXL (2015)   R   Mike (Channing Tatum) has been out of the stripper biz for three years. He has his own furniture company, and though he occasionally thinks about his past life, it’s pretty much over. That is until he gets a call from the guys, and they decide to go on one last road trip to glory.  I wasn’t a big fan of the first film as I feel it needed more of a storyline and less of a floor show. I also did not like the romantic interest for Tatum’s character, actress Cody Horn, as she wasn’t up to the part. My feeling for this sequel is about the same. While Tatum dances up a storm, and his final dance sequence with tWitch is fantastic, once again the film is let down by a weak storyline. The film’s Director of Photography is the first film’s director Steven Soderbergh, so I thought this one would follow the big, bright scenes the original film had but this sequel is very dim on the screen with some scenes barely visible. The initial meeting between Tatum and his love interest, Amber Heard, is so dark in appearance, I wasn’t sure who he was talking to. While I did like Jada Pinkett Smith in the role of the new MC for the boys, I just could help think how much I missed Matthew  McConaughey's character from the initial film. If you were a big fan of the first movie, you will enjoy this one. If you weren’t, like me, then stay away as it is just more of the same.   My Rating: Cable   Magic Mike XXL Website

My View:   Terminator Genisys (2015)  PG-13   John Connor (Jason Clarke) sends back Kyle Reese (Jai Courtney) to protect Sarah Connor (Emilia Clarke), but when he arrives, nothing is as he expected.  So, what we have here is an attempt to reboot a franchise that seems as old as Arnold. Well, it just doesn’t work. Now if you are an action fan, then you may enjoy this film because it has plenty of action and some cool-looking fight sequences. Unfortunately, the plot, which includes multiple time travels, is a big mess where it looks like the writers and director added every conceivable plot point and hoped it would somehow all make sense. It doesn’t. My other problem with this film is the actress who plays Sarah Connor, Emilia Clarke. She is just too small and  young looking to play the tough as nails, Connor. I never believed that she could hold her own in a fight (unlike Linda Hamilton in T2 who could kick most guys’ butts). It also made it a little creepy that a very bulked up Jai Courtney’s character was meant to hook up with this very young-looking Sarah Connor. Arnold is fun and has some of the best lines, but it’s not enough to make up for such a convoluted storyline. And, it’s not worth the extra money for 3-D as the film was not shot in 3-D. Do stay through the first portion of ending credits though, as there’s a bonus scene.    My Rating: Bargain Matinee   Terminator Genisys Website

Indiefest:  Aloft (2015)  R  Nana (Jennifer Connelly) is an artist who recently became noticed for her work. A journalist (Melanie Laurent) finds out Nana abandoned a son (Cillian Murphy) over twenty years ago. The reporter sets up a meeting between the mother and son, and it will change their lives forever. I really enjoyed this film. It has a complex plot that, while complicated, makes the film flow throughout. All three leads are impressive, with Laurent giving a moving and intelligent performance. This is one of those films that is a pleasure to watch from the first frame, even though it deals with some pretty tough subjects, including a child with cancer. The cinematography in the film is extraordinary with the stark landscapes of the frozen north. If you want a film with notable performances and a well-thought-out plot, this movie is for you.   My Rating: Cable   Aloft Website

Indiefest:  A Little Chaos (2014)  R  Sabine (Kate Winslet) is a landscape designer who is commissioned by King Louis XIV (Alan Rickman) to build a garden at Versailles. She must deal with men who aren’t used to being bossed by a woman and work with Andre Le Notre (Matthias Schoenaerts), a landscaper to whom she becomes attracted. This is a fascinating film about a woman struggling to make it in not only in a man’s world but one that is also ruled by a class system. Winslet is perfect as the headstrong Sabine, who is willing to move mountains to create her garden. Besides playing the King, Rickman also directs this beautiful and intriguing film. Stanley Tucci stands out as the King’s snobbish brother, and there is subtle chemistry between Winslet and Schoenaerts. If you are a lover of costume dramas and court intrigue, this film is for you. It’s not your typical love story, but it is an enjoyable piece made better because of the performances of Tucci and Winslet.  My Rating: Full Price   A Little Chaos Website

Indiefest:   Eden (2014)  R   Paul (Felix de Givry) is a teenager who spends his nights in the underground scene of early nineties Paris. He forms a DJ collective with his friends, and they get involved with every aspect of the nightlife scene, including sex, drugs and dance music.  I am not a fan of club music, especially the house music that fills this very long and pointless film. The lead character of this story is extremely unlikable as he goes from girlfriend to girlfriend, mooching on his mother’s money and doing coke like it’s a daily vitamin. The story never really gets going and just seems to be one long reason to play some “Daft Punk” music. I think the writer/director, Mia Hansen-Love, spent a little too much time on the dance floor and not enough time working on her script.  My Rating: Cable   Eden Facebook page

Indiefest:   In Stereo (2015)    David (Micah Hauptman) and Brenda (Beau Garrett) are perfect for each other. Everyone knows that, with the exception of David and Brenda. They decide to break up, and both their lives start spiraling down. Will they ever realize the mistake they made?  I enjoyed this very unconventional love story about two people who are going to remain unhappy until they make the choice to get back together. I especially enjoyed the performance of Garrett, who, as the self-involved Brenda, makes her character likable even though she isn’t the nicest person in the world. The film is funny and, at times, touching, which makes it one of those films where you just want to slap the main characters and say “you are with the wrong person.” It’s a very inventive film full of rich and interesting characters and takes a few twists and turns to make you keep watching.  My Rating: Full Price

Forgotten Film:  Missing (1982)  R  A young couple (John Shea and Sissy Spacek) are traveling through Chile in the early 70s when a civil war breaks out. The young man is taken away by government forces with the suggestion that he is a spy. His wife and his father (Jack Lemmon) attempt to find the young man before he gets lost in the system. Lemmon and Spacek are brilliant in this film, worthy of their Academy Award nominations. The award-winning script is smart and bold, and the direction by Costa-Garvas is superb.   My Rating: Full Price   Missing Info 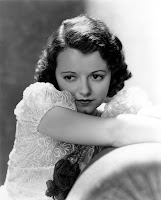