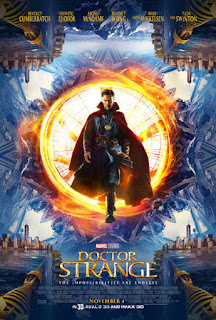 My View:  Doctor Strange  (2016) PG-13 Doctor Stephen Strange’s (Benedict Cumberbatch), a brilliant neurosurgeon, life changes after he has a tragic car accident. He decides to travel the world to rediscover his life’s purpose. He encounters “The Ancient One” (Tilda Swinton) who teaches him the art of dimensional and mystic arts. He decides to use his newfound power to defend the world from evil forces.This film is much more in the vein of “Guardians of the Galaxy” as there is a surprising amount of humor in the movie and that it stands alone in the big Marvel universe.  Cumberbatch is perfect in the role, and his American accent is flawless. He has just the right amount of cocksureness to make him a little bit unlikable. A bit of warning: if you have vertigo, don’t see this film. Remember the building inverting in the movie Inception (2010)? Well, the battle sequences in this film are Inception-like but on steroids. I do recommend seeing the movie in 3-D and in IMAX (over an hour of footage was shot with IMAX cameras).  There are two bonus scenes, one after the first round of credits and then a second one after all the credits finish.  Both are worth staying for. And you will want to “Google” Aldous Huxley after seeing the film to find out what book Stan Lee is reading in his cameo scene.    My Rating: Full Price   Doctor Strange Website

My View:  Hacksaw Ridge  (2016)  R  True story of WWII American Army Medic Desmond T. Doss (Andrew Garfield) who enlists in the Army but refuses to handle a rifle due to being a Seventh-day Adventist. He becomes the first Conscientious Objector to be awarded the Medal of Honor. I thoroughly enjoyed this moving and spiritual film. I will warn you that the battle sequences are real and very horrific, with body parts flying everywhere. Garfield is perfect as the man who refuses to bear arms but is willing to sacrifice his life to save others. There is great chemistry between Garfield and Teresa Palmer, who plays a nurse who falls in love with Desmond. I also enjoyed Vince Vaughn as the tough as nails Sargent who doesn’t want Desmond in his Army. The battle sequences, though tough to watch due to the blood and guts violence, are well choreographed and exciting. This is one inspirational story that you won’t want to miss.  The film is capped off during the credits with an interview with the real Desmond Doss that just might make you shed a tear.  My Rating:  I Would Pay to See It Again   Hacksaw Ridge Website

Family Faire:  Trolls  (2016)  PG  A troll princess (Anna Kendrick) and her grumpy friend (Justin Timberlake) must muster all their courage to save their friends from the clutches of the evil Bergins.  I didn’t like this film and found the storyline too simple and the music annoying, especially when the trolls are singing non-original songs. It was one long glitter bomb, too sweet to watch for any length of time, and only small children will enjoy it, mostly due to the bright colors of the Trolls. I couldn’t leave the theatre fast enough when it ended, heading directly to a pharmacy to buy some aspirin for the headache I got watching this movie.    My Rating:  Cable   Trolls Website

Indiefest:  We Are X  (2016)  R   Documentary about the legendary band X Japan. Little known in the U.S., X Japan has sold over 30 million singles and albums combined and have fans around the world including KISS, Stan Lee, and even the Japanese Emperor. Known for their legendary concerts, the documentary tells the band’s exhilarating, tumultuous and unimaginable history over the past three decades––persevering through personal, physical and spiritual heartache––the film culminates with preparations for their breathtaking reunion concert at New York’s legendary Madison Square Garden. This is a fascinating movie about a band that very few of us in America know about. The story of the band is unbelievable, so much so, that if you made it into a drama, no one would believe it could happen. The film is filled with concert performances that make you want to see the band in person.  It’s a riveting and engaging film about an outlandish group of musicians that make stunning shows.    My Rating:  I Would Pay to See it Again   We Are X Website

Forgotten Film:  The White Dawn  (1974)  R  Three whalers (Warren Oates, Timothy Bottoms, Louis Gossett Jr.) crash their ship on ice going after a whale.  They are rescued by a tribe of Inuit, who take the three sailors into their community. The three men cannot leave their western ideals and ways behind and begin to undermine the native community with disastrous results. Other than the three main actors, the rest of the cast is made of Inuit’s, making the film feel real and impactful. While the movie is shot in color, there is so much snow and ice that you will think it was shot in Black and White. What makes this film even more interesting is that it is based on a true story.    My Rating: Bargain Matinee   The White Dawn Info

Coming Soon to a Theatre Near You:  Billy Lynn’s Long Halftime Walk (2016)  R  19 year-old Billy Lynn (Joe Alwyn) is brought home for a victory tour after experiencing a harrowing Iraq battle.  Through flashbacks, we see what really happened to his squad.  The cast includes Vin Diesel, Kristen Stewart, Chris Tucker, Garrett Hedlund, and Steve Martin.  Critics are anxious to see this film because two-time Academy Award-winning director Ang Lee is using new technology to shoot at an ultra-high frame rate, which should give the film a much sharper and clearer image.    Billy Lynn's Long Halftime Walk Facebook Page 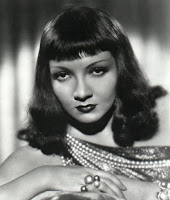