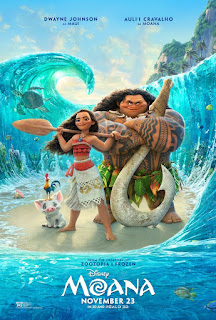 My View:   Moana  (2016) PG   On a mystic island called Motunui Island in Polynesia, a 16-year-old girl named Moana (Auli’l Cravalho) teams up with the legendary demigod Maui (Dwayne Johnson) on a journey to save her people. I loved this film! First, Carvalho has a robust and beautiful singing voice. While Johnson doesn’t have a Broadway singing voice, he does have fun with his songs and plays well off of Carvalho in their duets. Hamilton star and creator Lin-Manuel Miranda co-wrote the songs in the film, and you can hear his style, especially in “You’re Welcome” that Johnson sings. The animation is crisp and gorgeous taking advantage of the tropical look of the islands. I loved the message of this film for girls that you can do anything you put your heart and soul into. And, by the way, stay through all the credits, as there is an amusing bonus scene at the end of the film.    My Rating:  Full Price   Moana Website

My View:  Rules Don’t Apply  (2016)  R  The film follows the romantic relationship in 1958 Hollywood between a young actress (Lily Collins) and her driver (Alden Ehrenreich), a relationship that is forbidden by the driver’s boss, world famous millionaire Howard Hughes (Warren Beatty). This film has the look and feel of an old-time Hollywood classic, unfortunately, while it looks stunning, the film is let down by its slow moving plot and a love story that takes forever to get started. The best part of this movie is Beatty’s performance as he plays the at times the brilliant innovator and at other times, the crazy off his loon Howard Hughes. There are a few comic relief moments, and those are supplied by Beatty, as the unpredictable Hughes had enough money that he could do just about anything he wanted. There aren't enough sparks between Collins and Ehrenreich for us to care about their romance. I will say that Collins sings a song in the film that I think could get an Academy Award nomination - it’s that good. I just wish that the rest of the film was as good as that song.    My Rating: Bargain Matinee   Rules Don't Apply Website

Indiefest:  Nocturnal Animals  (2016)  R  An art gallery owner, Susan (Amy Adams), is in an unhappy marriage. She unexpectedly receives a novel written by her ex-husband (Jake Gyllenhaal). As she begins to read the story, we see a family of three (Jake Gyllenhaal, Isla Fisher, and Ellie Bamber) get terrorized by several men on a lonely Texas highway. As Susan flashbacks to her first marriage, she also continues to read the shocking book. My biggest problem with this film is that it jumps around so much, into the past, the present and then the world of the book, that it just becomes really confusing, especially since Gyllenhaal plays both the ex-husband in the flashbacks and the husband in the book. The saving grace of this film is the always intense Michael Shannon, who plays a tough, over the hill detective. Shannon is so commanding on the screen, he overshadows everything in this film. I wanted to love this film but I only just like it.   My Rating: Bargain Matinee   Nocturnal Animals Website

My View:  Allied  (2016)  R  During World War II Canadian intelligence officer Max (Brad Pitt) meets and then marries French Resistance fighter Marianne (Marion Cotillard). While they are living in London, Max is told that Marianne is a German spy. The movie an homage to the old WWII films, but while it looks like a classic film, it’s just ordinary. The plot is slow and predictable, and I figured out the twist almost from the start. Pitt and Cotillard try to save this film, and they do have great chemistry on screen, but it’s just too much to ask them to overcome the static script.  My Rating: Bargain Matinee   Allied Website

In Memory of Ed Wood ( A Movie I’ve Only Seen in Trailers but Just Looks Like a Bad Idea):  Office Christmas Party  (2016)  When a boss (Jennifer Aniston) threatens to shut down a whole division, a branch manager (Jason Bateman) decides to give a client the ultimate office Christmas party.  What could go wrong? Just about everything. When a trailer, which is supposed to show you some of the best parts of the film, isn’t funny, then you just might have a crappy movie on your hands.   Office Christmas Party Website

In Case You Missed It (A Film Just Released on DVD / Blu-ray):  Finding Dory  (2016)  PG  While not as perfect as Finding Nemo was, it’s still a beautiful, funny and touching film that has an incredibly meaningful message about overcoming disabilities by having faith in yourself and your ability to persevere. Both kids and adults are going to fall in love with this film, and the 3-D animation is worth the extra bucks. There is a whole host of new characters in this movie with Ed O’Neil as a crusty octopus being the standout. This film has lots of heart, and you just might find yourself seeing it more than once.    My Rating:  Full Price   Finding Dory Website

Forgotten Film:  One Eight Seven  (1997) R  Trevor Garfield (Samuel L. Jackson) is a high school teacher who is attacked by a student, severely stabbing Trevor. Fifteen months after surviving the attack, Trevor goes back to teaching at a different high school, and his world starts unraveling due to a gang in his classroom.  This was the first lead role for Jackson, and he is intense and brilliant in this movie as his character, Trevor, slowly starts to descend into madness. The film has some flaws, and the last third of the film isn’t as coherent as the rest of the movie, but it’s Jackson’s performance that isn’t to be missed.  My Rating:  Bargain Matinee   One Eight Seven Info 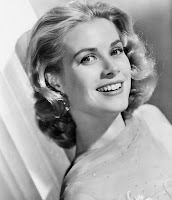