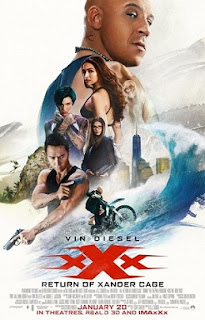 My View:  Split  (2016)  PG-13  After a birthday party, three girls (Haley Lu Richardson, Jessica Sula, Anya Taylor-Joy) are kidnapped. Their captor Kevin (James McAvoy) suffers from the rare dissociative identity disorder where he has 23 split personalities. The girls must now find one of those personalities to help them escape before the arrival of the 24th and final personality, the “beast.” This is a strange film to watch, mostly due to the 23 personalities that James McAvoy portrays. This is a solid piece of horror filmmaking plenty of twists and turns to keep you guessing.  It’s a wild ride that makes an excellent thriller. The film’s backstory on Anya Taylor-Joy’s character is well thought out, and her performance is one of the best things in this film. And there is a very big reveal at the end of the film that is jaw dropping. This is certainly more in line with what we expected that M. Night Shyamalan would put out after his groundbreaking The Sixth Sense and Unbreakable.   My Rating: Full Price   Split Website

My View:  The Founder  (2016)  PG-13  The story of Ray Kroc (Michael Keaton), who turned a small hamburger shop into Mc Donald’s, the biggest restaurant business in the world.  Ray Kroc wasn’t a nice guy, as he would do just about anything to get his way. Michael Keaton gives a scintillating performance of a ruthless, unlikeable man. The film is highly enjoyable in the first half of the film, but it loses its way when the most interesting characters in the movie, the McDonald brothers (Nick Offerman, John Carroll Lynch), are forgotten during most of the second half of the movie. It’s a hard look at a man who hid behind the American flag and family values to steal a company from two honest to a fault brothers.  My Rating: Bargain Matinee   The Founder Website

Indiefest:   20th Century Women  (2016)  R  Set in Santa Barbara, California in 1979, a free spirit mother (Annette Benning) seeks help from her two housemates (Greta Gerwig, Elle Fanning) with raising her son (Lucas Jade Zumann).  Benning has never been better in the role of a woman who seems to be stuck in the 1960s. Her character appears to be constantly trying to figure out each person whom she meets, and her performance is nuanced and never over-the-top. The rest of the cast is outstanding with Greta Gerwig putting in an excellent performance as a photographer who is a cancer survivor. The film is an enjoyable look at a teenage boy and the three women who are collectively raising him.   My Rating:  Full Price   20th Century Women Website

Forgotten Film:  The Dark Half (1993)  R  After writing under an assumed name, writer Thad Beaumont (Timothy Hutton), decides to write under his own name. Thad’s life is turned upside down when he is framed for a series of murders that he could not have committed. This is one of the better adaptations of a Stephen King work, and while flawed, George A. Romero knows how to open a horror film.  My Rating: Bargain Matinee   The Dark Half Info

Weird Credits:  From the credits of The Founder:  Choreographer 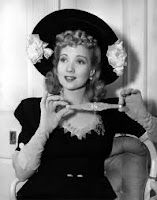