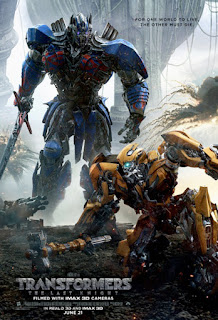 My View:  Transformers: The Last Knight  (2017)  PG-13  In the absence of Optimus Prime, a war has been started between the human race and the Transformers.  To save the world, Cade (Mark Wahlberg) forms an alliance with Bumblebee to try and learn why the Transformers keep coming back to Earth.  If you paid me to explain the plot of this film, I would have to give back your money because I have no clue what this movie is about. It’s a film that introduces a main character in the first 20 minutes and forgets about that character until the last portion of the film. The main Transformer, Optimus Prime (voiced by Peter Cullen) is missing for at least a third of the movie, and you have a character, Sir Edmund Burton (Anthony Hopkins), who gives us a backstory that is so complicated it would take a flow chart to know what he is talking about. It took six editors to make this film, and I think that’s part of the problem - the film seems like it wants to be 3 or 4 different films, skipping storylines all over the place. This movie is all noise and no plot, at least not one I could figure out. There is an extra scene during the closing credits, but typical of the whole movie, I have no clue what it’s supposed to set up for the next film. The film was shot in 3D, so it’s worth the money to see it in that format, but you really should see something else…or just watch some of the animated series from the 80’s. At least those shows had plots you could follow.  My Rating:  You Would Have to Pay Me to See it Again   Transformers: The Last Knight Website

Indiefest:  The Hero  (2017)  R  Lee (Sam Elliott) is a Western icon whose best roles are in his past.  He makes most of his living by doing voice overs. He finds out that he has cancer, and the prognosis is not good. But Lee has a good friend, Jeremy (Nick Offerman) and a new love, Charlotte (Laura Prepon), who give him something and someone to live for. I loved this film, and saw it at both the SXSW Film Festival and the Atlanta Film Festival. Sam Elliott is masterful as the actor who is known for one iconic film, a western called The Hero that was made over forty years ago. Lee is a role that was tailor-made for Elliott, and he gets every bit he can out of it. Appearing in every scene, Elliott gives what is surely his finest performance of a world-weary man who is near the end of his life, a life that is full of regrets and missed opportunities. Co-writer/director Brett Haley, as he did with the last years I’ll See You in My Dreams starring Blythe Danner, gives Sam Elliott a movie in The Hero he can be proud of and that is moving, funny and full of life. Heck, I would see that western that Lee wanted to make just to see Elliott star in another movie.    My Rating: Full Price   The Hero Website

Indiefest:  The Exception  (2017)  R  Set during World War II, a German soldier (Jai Courtney) is sent on a mission to investigate exiled German Emperor Wilhelm II (Christopher Plummer).  As the soldier begins his investigation, he falls for a maid of the Emperor, Mieke (Lily James). This is a well made thriller with lots of romance thrown in. The chemistry between Courtney and James is amazing and their love scenes are a bit steamy. The plot keeps you guessing on how it will end and it's a fascinating look at a bit of history that is forgotten. Christopher Plummer gives a brilliant performance as the cranky but somewhat lovable German Emperor, he makes buying a ticket to this movie worth it.   My Rating: Full Price  The Exception Website

In Case You Missed It (A Film Just Released on DVD/Blu-ray): John Wick: Chapter Two  (2017)  R  John Wick’s (Keanu Reeves) retirement didn’t last long as he now has to travel to Rome to take on a squad of assassins to defend a former associate who has seized control of the assassins’ guild. The first John Wick film was one of the biggest surprises of 2014, as it was a highly enjoyable full-out action-fest.  I enjoyed this movie as much as the first and love that it tries to outdo the first film on ways to kill the bad guys. The action sequences are fast, well done and, unlike some recent films, don’t rely on the use of “shakycam” to cover up the lack of real action. If you like action films and especially up close hand-to-hand fighting, then this is the movie for you. And, by the way, a third film is in the works.   My Rating:  Full Price   John Wick: Chapter Two Website

Forgotten Film:  The Sterile Cuckoo  (1969)  M  Two college freshman start a relationship that is doomed to failure due to both of their inabilities to connect on a personal level. Liza Minnelli gives a performance of a lifetime as Pookie, a loony, lonely girl who has no family and doesn’t get along with others. It’s a brilliant performance by Minnelli, who takes an unlikable person and makes us want for her to succeed.  Wendell Burton gives an equally profound performance of Jerry, a young man unprepared to be swept up in Pookie’s world.  My Rating:  Bargain Matinee   The Sterile Cuckoo Info

Weird Credits: From the credits of Transformers: The Last Knight:  Rattle Snake Safety

Coming Soon to a Theatre Near You: War for the Planet of the Apes  (2017)  PG-13  After a raid on his apes by an elite military force, Caesar (Andy Serkis) decides to go on a quest for revenge.  I really enjoyed the first two films, so I am looking forward to the final installment of the trilogy. Could Andy Serkis get an Oscar nomination for this role that is entirely CGIed (Special Effects) of the ape Caesar?    War for the Planet of the Apes website 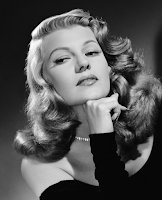 Email ThisBlogThis!Share to TwitterShare to FacebookShare to Pinterest
Labels: Mark Wahlberg, Sam Elliott, The Exception, The Hero, Transformers: The Last Knight, War for the Planet of the Apes