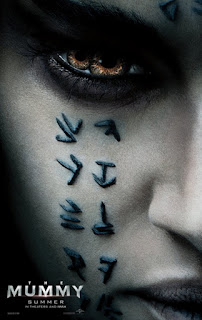 My View:  The Mummy  (2017)  PG-13  An ancient Egyptian princess, whose destiny was unjustly taken from her, is awakened from her crypt. Now she seeks revenge on mankind. This movie is the first in what Universal Studios calls its “Dark Universe” (think the Marvel Universe for monsters). Universal Studios is known for its classic horror films like Dracula, Frankenstein, The Mummy, The Invisible Man, The Wolf Man and Creature from the Black Lagoon. Universal has scared generations by creating truly horrific characters in their classic monsters. The big problem with this Mummy reboot is it isn’t scary but feels more like a weird edition of Mission Impossible, including a scene with a plane that seems to take five minutes to crash. In fact you could call this film Mission Impossible with Sand. In a bit of a gender swap, this story is about a princess who has been wronged and seeks revenge. She finds Cruise’s character and decides he is the perfect beloved to help her evil plan. The problem is we don’t care about any of these characters, as producers give us almost no backstory. Cruise looks a little lost in portraying the pursued one (instead of his usual suave ladies’ man). Finally, the main character’s chief weapon is she uses sex to drain the life out of her victims and then make them zombie-like slaves. The use of sex as a weapon just seems wrong.  I don’t remember the classic mummy characters doing that; they just killed people. This is a film that is filled with so much CGI (special effects) that it becomes boring. The few attempts at humor (much needed in this movie) are shallow and don’t work. This is a very shaky start to Universal Studios’ plan to start a franchise. Hey, here’s a clue:  make your horror films scary. By the way, the film was not shot in 3-D and doesn’t have any post credit scenes.  My Rating: Cable   The Mummy Website

My View:  Megan Leavey  (2017)  PG-13  Megan Leavey (Kate Mara) is a troubled soul who has lost her best friend. She decides to join the Marines and become a bomb-sniffing dog handler. The bond she develops with her dog allows her to save many Marines’ lives on more than 100 missions. I loved this film about a woman who has no purpose in life until she meets a dog named, Rex, who teaches her how to love. This is Kate Mara’s finest performance, and it’s a brilliant one. Touching and heartwarming, she gives us a woman who fights for her best friend, her dog.  The story is a true one, and that makes the film even more poignant and moving. Skip the recent superhero films and see a movie about two real life heroes.  My Rating: Full Price   Megan Leavey Info

Indiefest:  It Comes at Night  (2017)  R  A family lives in the isolated woods as the world is engulfed in a breakout of some deadly plague. Now their family is threatened when a young family arrives at the home wanting refuge.  While not a true horror film, this movie has plenty of scary moments that keep the tension building and nerves frazzled.  We never learn what has created this plague or how it has affected other parts of the country, but that doesn’t matter because it has completely engulfed the daily life of this family. This is a film that, at its root, is about only trusting your family, how far you will go to defend them, not letting the outside world in and finally suffering the consequences when you leave your heart to rule by your head. My only quibble with this film is I would have ended it about two minutes early, but that is minor compared to the brilliance of this film. Big Hollywood blockbusters should learn a lesson: you don’t need a huge budget to make a great movie.   My Rating:  I Would Pay to See it Again   It Comes at Night Website

Indiefest:  Paris Can Wait  (2017)  PG  The wife (Diane Lane) of a successful movie producer takes a car trip from the south of France to Paris with one of her husband’s associates (Arnaud Viard ). To say that they are going to take the scenic route would be an understatement. If you are a foodie, this is the film for you. The couple takes a leisurely trip through France, centering their journey on the fine cuisine of the country.  Lane’s character loves food, so much so, that she takes endless pictures of her plates, and we see the results (some of which could grace the cover of Bon Appetit magazine). Lane and Viard play off each other extremely well, and there is quite a bit of sexual tension between the two that keeps building to the very end. The scenery is beautiful, and the food looks almost too beautiful to eat. If you want to imagine eating your way across France, this film isn’t a bad way to go.  My Rating: Bargain Matinee   Paris Can Wait Website

Indiefest:  I, Daniel Blake  (2016)  R  Daniel Blake (Dave Johns) is a 59-year-old man who has a heart attack at work. He is now caught in the system as his doctor tells him not to work, but the government says that he is fit to do so.  Take an exceptional performance by Dave Johns, add in a script that is moving and full of empathy, with just a bit of wit and wisdom, and you get a film that will fill you with multiple emotions. It’s a film that is filled with controversy, and it will make you mad how someone can fall through the cracks but still keep his humanity. You may want to scream at times because of the indignity that this man goes through, but it’s tears in the end that will fill your soul.  My Rating: I Would Pay to See it Again   I, Daniel Blake Website

Indiefest:  The Hunter’s Prayer  (2017) R   Lucas (Sam Worthington) is an assassin hired to do a hit on a young woman, Ella (Odeya Rush). When he can’t pull the trigger, the two join forces to get away from the people who want them dead.  We know that Sam Worthington can do action pictures, and he does yeoman's work in this film as a hit man with a big secret. I like the chemistry between Worthington and Rush, as they work well on screen together.  The problem with the film is the very simplistic plot that never gives us the twist that we need. Everything that happens is predictable which makes the action sequences a little annoying. It would have been interesting to see what the two leads could have done with a more complicated script. If you are into action films, this film might fit the bill, but anyone wanting a little more plot is going to find the movie lacking.  My Rating:  Cable   The Hunter's Prayer Info

Forgotten Film:  Set it Off  (1996)  R   Four inner-city women (Queen Latifah, Jada Pinkett Smith, Vivica A. Fox, Kimberly Elise) have come to their wits end and decide robbing a bank will solve at least some of their problems.  Little do they know that their problems have just started.  There are plenty of shoot-outs and car chases for the action film fan to like, but what makes this film work is the well-rounded characters.  We get to know these women and why, in their desperation, they would turn to robbing banks. My favorite part of the film is when the four women are sitting around the table and start doing a scene from The Godfather. Yes, this is a bank heist film, but it’s a bank heist film with heart.  My Rating:  Full Price    Set It Off Info

Weird Credits:  From the credits of The Mummy:  Dunes Assistant Location Manager

Coming Soon to a Theatre Near You:  The Big Sick  (2017)  R  A couple (Kumail Nanjiani, Zoe Kazan) think they are perfect for each other, but just about everyone else thinks otherwise.  This film was the talk of SXSW and is being compared to Little Miss Sunshine and The Way, Way Back in its feel and look.    The Big Sick Website 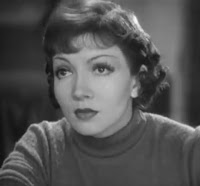