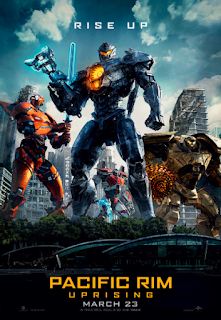 My View:  Pacific Rim Uprising  (2018)  PG-13   Jake Pentecost (John Boyega) teams with Mako Mori (Rinko Kikuchi) to lead a new generation of Jaeger pilots. Nate Lambert (Scott Eastwood), Jake’s rival and hacker, and Amara Namani (Cailee Spaeny), join the team when a new Kaiju threat rears up.  Unlike the first, this film doesn’t have heart. The characters are shallow, the dialogue is creaky, and the action sequences are confusing. The only thing that saves this movie is the performances of John Boyega, who is charismatic and Cailee Spaery, who does a remarkable job, considering this is her first feature film. I just wish the two of them had better material to work with.  My Rating: Cable   Pacific Rim Uprising

Indiefest:  The Death of Stalin  (2017)  R  This comedy shows the last days of Joseph Stalin (Adrian McLoughlin), the Soviet dictator, and the chaos that follows his death in 1953.  While I did think this film was funny at times, I just never got into the flow of the movie. I loved the cast, and Jeffery Tambor is brilliant as a weak-minded leader who is more concerned about how he looks than governing the country. The film never finds a rhythm and, at times, is very grim. I feel it never gained any momentum, and I was bored by certain sections of the movie.  My Rating: Bargain Matinee   The Death of Stalin Website

Indiefest:  Flower  (2017)   R  A sexually curious teen (Zoey Deutch) forms an unusual friendship with her mentally unstable stepbrother (Tim Heidecker).  I loved this film, and Zoey Deutch gives a complex and funny performance. The storyline is clever and has plenty of twists and turns to make you interested. It went in a direction that I didn’t expect but in a good way. This isn’t going to be for everyone, especially moviegoers who are not into indie filmmaking, but Zoey Deutch will be a big star one day if she keeps giving performances like this one.  My Rating: Full Price   Flower Website

Indiefest:  I Kill Giants  (2017)  Barbara (Madison Wolfe) is a young loner who struggles through life by escaping into a world of magic and monsters. Barbara is convinced that her town will be attacked by giants. The question:  Is Barbara crazy or does she know something that no one else knows?   This is a very quirky movie about a very strange but determined girl. Wolfe is on screen the whole time, most of them by herself as Barbara battles through life. Wolfe is asked to play a multi-layered part, one that she excels at, giving Barbara life. I Kill Giants is not your ordinary coming-of-age tale. My only quibble with the film is the ending, which tries to wrap things up too neatly. Overall, Anders Walter gives us a film that has some magical moments and a main character who is fascinating to watch. Be sure to see I Kill Giants in the theatre. It deserves the big screen.  My Rating: Full Price   I Kill Giants Info

Indiefest:  Leaning Into the Wind  (2017)  Documentary on artist Andy Goldsworthy, who creates art from nature.  This is an enjoyable film about an artist who makes art from nature, but sometimes his art only lasts for minutes or seconds, like his shadow people. Goldsworthy, when he senses it may rain, he lies down on the pavement and lets the rain hit him. He then gets up, and there is a shadow of where he was, but only for a short time before the pavement gets wet. The filmmaker follows Goldsworthy around the world as the artist makes works of art from trees, mud, flowers, and sticks. The film kept me interested and the artwork, though sometimes strange, is beautiful. If you like art, you will enjoy this film about a very peculiar artist, one that likes to climb in bushes just for fun.  My Rating:  Full Price      Leaning Into the Wind Website

Forgotten Film:  Matinee  (1993)  A small-time film promoter (John Goodman) releases a B-movie during the Cuban missile crisis.  Goodman is hilarious as the promoter who wants to make some money but also wants to entertain. Theatres and movie studios had to resort to stunts to get people away from their TV’s, and this funny and sometimes moving film shows the lengths they would go.  My Rating: Bargain Matinee    Matinee Info

Coming Soon to a Theatre Near You: Outside In  (2017)  An ex-con (Jay Duplass) struggles to readjust to life in his small hometown. He gets help from his old high school teacher (Edie Flaco).  Jay Duplass co-wrote the script, so I am excited to see this film.   Outside In Info 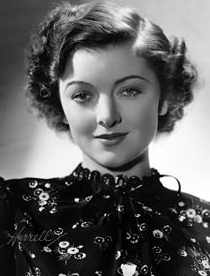