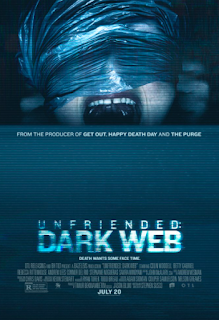 My View:  Unfriended: Dark Web  (2018) R   Matias (Colin Woodell) has just gotten a new laptop. As he plays with his friends online, he finds out that the new laptop had a previous owner that wants the computer back, at any price. I liked this movie a little more than the first Unfriended (2014), but that’s not saying much. I like the setup; a bunch of friends get together over the internet via Skype for a game night. We get to meet all the individuals in the group and get to know their personalities and their relationships. Matias starts getting threats in a mysterious email he receivesthat  threatens him and his friends if he doesn’t immediately return the laptop. The killings begin, most of which are very predictable. This really isn’t a horror film but a suspense movie that has very few scary moments. Instead of seeing this film, why not search for something better, like kitty videos?   My Rating: Cable Unfriended: Dark Web

Indiefest:  Woman Walks Ahead  (2017)  R  In 1890, Catherine Weldon (Jessica Chastain) travels to the Dakotas to paint the portrait of Sitting Bull (Michael Greyeyes). After experiencing the the lives of the Lakota people, she decides to fight for their right to keep their land. You can tell that this film wants to make a statement about the treatment of Native Americans by the U.S. government in the 1800s. The movie fails by making a elite white woman the hero of the story, that the Sioux tribe won’t succeed without her leadership. The film moves at a slow pace, and the film grinds to a halt at several places. The script lets down the dazzling performances of Jessica Chastain as the determined artist and Michael Greyeyes as the stoic Sitting Bull. Some of the best scenes of the film are the discussions between Catherine and Sitting Bull, utilizing the great chemistry between the two actors. I also like the performance of Sam Rockwell, who plays a soldier who hates the Indians and is trying to take some of their land. The film fails to ever get the emotional impact that it needs, which makes the film feel a little empty.  My Rating: Bargain Matinee   Woman Walks Ahead Website

In Case You Missed It (A movie just released on DVD/Blu Ray);  Isle of Dogs  (2018)  PG-13  Set in Japan, a young boy goes on a search for his lost dog that has been sent to an island by an evil government official. This film is gorgeous, and the stop-motion animation is brilliant, bringing all the characters to life on the screen. The movie is funny, touching and, at times, a little sad, but the storyline is so perfect you will enjoy every minute of it. This is probably the best voice cast film I have ever seen led by Bryan Cranston, who voices the leader of the pack, Chief.  Isle of Dogs is a brilliant film that kids and adults will equally enjoy.   My Rating:  I Would Pay to See it Again   Isle of Dogs Website

Forgotten Film:  A Shine of Rainbows  (2009)  PG  Tomas (John Bell) is an orphan who is constantly being bullied by other kids in the Orphanage. Tomas’s life is changed when he is adopted by a couple Maire and Alec (Connie Nielsen, Aidan Quinn), and they move him to their farm on the west coast of Ireland. The shy Tomas begins to come out of his shell under the wing of the loving Maire. Alec is a little slow to warm up to Tomas as he feels the child isn’t sturdy enough to help on the farm. This is a sweet and warm film that hits all the right notes. John Bell gives an engaging performance as a little boy learning to love. The cinematography perfectly captures the magic of the coast of Ireland. This is a feel-good movie that we can always use.  My Rating: Full Price   A Shine of Rainbows Info

Weird Credits:  From the credits of Woman Walks Ahead: Livestock Coordinator

Coming Soon to a Theatre Near You:  Crazy Rich Asians  (2018)  PG-13  Native New Yorker Rachel Chu (Constance Wu) has fallen in love with the man of her dreams Nick (Henry Golding). When he decides to take her to Singapore to meet his family, she finds out that his family is one of the richest in the city and his mother doesn’t think Rachel is good enough for her son. The trailer makes this film looks like a lot of fun.    Crazy Rich Asians
Website 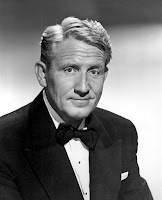