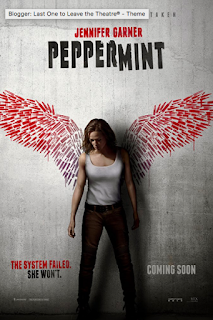 My View:  Peppermint  (2018)  R  A young mother (Jennifer Garner) is hellbent on getting revenge on her enemies who stole her life from her. Her husband and daughter are killed by a drive-by shooting and are let go on a technicality. I liked this film, and I really don’t know why. Maybe it’s me wanting to relive Garner’s Alias TV past, but I thought she did a great job The story is little unbelievable but think a female John Wick. Like John Wick, this film is very violent and there is a lot of blood shed. This won’t be for everybody, and I am guessing that not many film critics will like it, but I did.  My Rating: Bargain Matinee    Peppermint Website

Indiefest:  The Wife  (2017)  R  A woman (Glenn Close) questions her life choices and what she gave up when she became the wife of a famous author (Max Irons), who is slated to receive the Nobel Prize for Literature. Glenn Close gives a fantastic performance in this film, but I was often bored with the very predictable storyline. There isn’t a happy person in this film, and the movie makes sure that you know that. It’s an unhappy film about miserable people who feed off of each other’s misery. The film is made worst by really gross flashbacks as we see how she met her husband, who was her professor who hit on her. Close may get an Academy Award nomination for her performance but this film won’t.  My Rating: Cable   The Wife Website

In Case You Missed It (A movie just released on DVD/Blu-Ray):  Adrift  (2018)  PG-13  A young couple, Tami (Shailene Woodley) and Richard (Sam Clafin)  who are avid sailors, head out on a small boat for the ride of a lifetime. What they don’t know is that they are about to head directly into one of the most catastrophic hurricanes in recorded history  Part romantic movie and part survival film, Adrift successfully melds the two together, mostly due to Woodley and Clafin. The movie moves back and forth, between their courtship in Tahiti, and the storm and its aftermath. Woodley and Clafin have spectacular chemistry and their characters falling in love seems real and beautiful. Woodley has to do the heavy lifting for the wake of the storm, and as usual, Woodley is masterful in her performance. Shot in Tahiti and New Zealand, the landscapes are spectacular, and the storm sequence is riveting. There are some nice twists and turns along the way, and the film moves at a quick pace. You are going to enjoy this film, going on an adventure of a lifetime with Tami and Richard.   My Rating: Full Price   Adrift Website

Forgotten Film:  The Brave Little Toaster (1990) Five household electric appliances have been waiting for 2000 days for ‘The Master,’ a thirteen-year-old boy, to return.  They decide to go to the big city to find their friend. The film feels like a classic Disney film which holds up well in repeated viewings. This is a film that both adults and kids will enjoy and should be a staple in your animation collection.  My Rating: Full Price   The Brave Little Toaster Info

Weird Credits:  From the credits of Peppermint: Biscuit technician

Coming Soon to a Theatre Near You:  First Man (2018)  PG-13  A look at the life of the astronaut Neil Armstrong, the first man to walk on the moon. The film is directed by Damien Chazelle, who directed Whiplash (2014) and La La Land (2016).   First Man Website 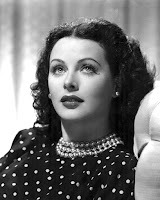