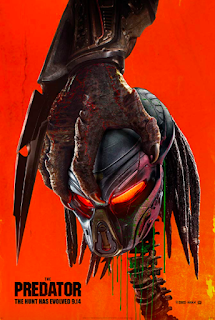 My View:  The Predator (2018) R  A young boy (Jacob Tremblay) accidentally triggers the universes most lethal hunters’ return to Earth. A ragtag group of ex-soldiers and a science teacher (Olivia Munn) are the only hope to prevent the end of the human race. This is a movie co-written and directed by Shane Black who also made Kiss Kiss Bang Bang and The Nice Guys, so you know this isn’t your normal Predator movie. This film is full of humor and is a fun ride (there are a couple of jokes that fall flat, but that’s pretty rare). Now, I’ll let you know that this film is really violent, with heads being cut off and limbs flying around, but it’s also a fun film to watch. The third act has a few problems, but it didn’t hurt the movie much. If you like action films with a lot of humor, then this film is for you.  My Take:  Full Price   The Predator Website

My View:  A Simple Favor (2018) R  A mommy blogger, Stephanie (Anna Kendrick), seeks to uncover the truth behind her best friend’s, Emily (Blake Lively), sudden disappearance from their small town. The film is directed by Paul Feig, who directed Bridesmaids, Spy, and Ghostbusters, so you know there is quite a bit of humor in this film. The film is a mystery and is very dark at times. Blake Lively is brilliant as the best friend who says anything on her mind and forms a friendship with the somewhat naive mommy blogger played by Anna Kendrick. Henry Golding, who plays Emily’s husband, is having quite a run having also starred in the big hit, Crazy Rich Asians. This film is a delight to watch, and I think will be in my top ten list at the end of the year, and I could see Blake Lively getting an Oscar nomination next year.   My Rating: I Would Pay to See it Again    A Simple Favor Website

Indiefest:  Pick of the Litter (2018) Documentary that follows a little of puppies from the moment they’re born and begin to train to become Guide Dogs for the Blind. I can’t tell you how much I loved this film. I was crying two minutes into the movie with stories about how guide dogs had saved lives, including a man who was led down 79 flights of stairs by his guide dog during the 9/11 Twin Towers attack. This is a fantastic feel-good film where all the dogs end up with great homes, even if they didn’t make it as guide dogs (only 300 dogs out of a pool of 1100 make it as guide dogs every year). You will fall in love with these dogs, especially a dog named Phil. Go see this film, you will feel better about the world we live in if you do.    My Rating:  Full Price    Pick of the Litter Website

My View:  The Basement  (2018)  R  A deranged serial killer known as ‘The Gemini,’ (Jackson Davis) tortures and slays his victims in the basement of his home. The Gemini selects his next victims the musician Craig Owen (Cayleb Long) and a long night of role-playing is in store for Craig, a night that could end with his death, I did not like this film. It’s not scary but one long act of torture porn. The film mostly takes place in the Gemini’s basement as he appears as a number of characters, all bent on making Craig suffer through the worst night of his life. The dialogue made it feel like this was a production of a small neighborhood play production. The film is hard to watch, I would have walked out if I wasn’t reviewing the film.   My Rating: You Would Have to Pay Me to See it Again    The Basement Website

Forgotten Film:  Hard Times  (1975)  PG  A drifter, Chaney (Charles Bronson) during the depression, meets a street fight promoter (Jame Coburn) and they team up to make money in a tough sport. This is one of Bronson’s best performances, and the film is perfectly directed by Walter Hill, who after this film (his first) went on to direct The Warriors (1979), Southern Comfort (1981), and 48 Hrs. (1982). This is a gritty film about an ugly sport but is well worth your time.   My Rating: Full Price   Hard Times Info

Weird Credits:  From the credits of The Predator:  Specialty Suit Costumer

Coming Soon to a Theatre Near You:  Colette  (2018)  R  Colette (Keira Knightley) is pushed by her husband (Dominic West) to write novels under his name. When the novels become a success, she fights to be known as the writer of the books, challenging gender norms. Hey, it’s Keira Knightley, do I have to say anymore?    Colette Website 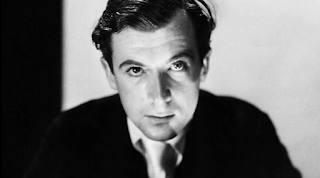