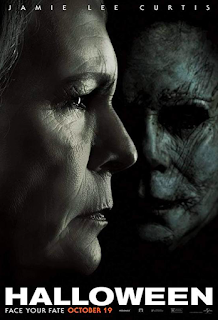 My View:  Halloween  (2018) R Michael Myers comes back to get revenge on Laurie Strode (Jamie Lee Curtis) four decades after their first confrontation. Let me say first off that Jamie Lee Curtis gives one heck of a performance, giving the role everything she has. This is a sequel to the 1978 original film, it’s if all the other Halloween movies didn’t happen. So Michael has been locked up in a mental institution for the past 40 years. Laurie has been obsessed with Michael, convinced that he will come back for her and she wants to make sure she is ready. Laurie became obsessed with Michael has cost Laurie her family, her marriage broke up, her daughter taken away by child services when Laurie’s daughter was twelve. What I loved about this film is it captures the essence of the first film. The film continually references the first film both visually and in the storyline. The audience that I saw it with, thoroughly enjoyed the movie, continuously screaming throughout the film and there are plenty of twists and turns to keep you interested. I will say that this is different from the first film, the body count is high (only five people died in the first film) and extraordinarily bloody and violent. Lovers of the original will have a great time as Michael and Laurie battle it out once again.  My Rating: Full Price   Halloween Website

Indiefest:  The Guilty  (2018)  R  A police officer (Jakob Cedergren) is assigned alarm dispatch duty when he gets a call from a kidnapped woman. This tense thriller that has plenty of twists and turns, some of which I didn’t see coming and a plot that moves at a quick pace. The cool thing about this film is that it takes place all on the phone as the police officer attempts to track down the kidnapper and keep the kidnapped woman calm and alive. What starts out as an ordinary and boring night of answering and dealing belligerent, drunk callers turns into a night fraught with tension that continues to build as the film moves along. This Danish film that is their entry for the Foreign Film Academy Award competition is a riveting film that will keep you on the edge of your seat.  My Rating:  Full Price    The Guilty Info

In Case You Missed It (A movie just released on DVD/Blu-Ray):  Eighth Grade (2018) R  Kayla (Elsie Fisher) is all about blending into the woodwork so that she doesn’t stand out. All Kayla wants to do is survive the last week of the eighth grade so she can start high school on a clean slate. Life has decided that Kayla should come out of the shadows. Kayla decides to give advice on how to navigate life through a series of YouTube videos. I loved this film, and Elsie Fisher is a delight to watch on screen. Her performance is heartfelt and beautiful and writer/director Bo Burnham treats her with a loving touch. The film is filled with beautiful moments about an awkward kid trying just to survive one last week of school. This is a film that everyone will enjoy going into the last week of eighth grade with Kayla.    My Rating: I Would Pay to See it Again  Eighth Grade Website 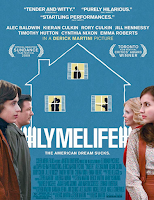 Forgotten Film:  Lymelife  (2009)  R  The story of two families in the 1970s that are struggling to stay together as seen through the eyes of two fifteen-year-old kids, Scott (Rory Culkin) and Adrianna (Emma Roberts). Charlie (Timothy Hutton) has Lyme disease, his wife, Melissa (Cynthia Nixon) is having an affair with their neighbor, Mickey (Alex Baldwin), whose wife, Brenda (Jill Hennessy) knows about the affair. The characters are complex and the acting, especially Hutton and Culkin, who give some of their best performances of their careers. This is a sad, sensitive film that sometimes delves in comedy.   My Rating: Full Price    LymeLife Info

Weird Credits:  From the credits of Halloween:  Prosthetics Lifecasting

Coming Soon to a Theatre Near You:  Overlord  (2018)  R  Two American soldiers find themselves behind enemy lines on D Day. It appears that the Nazi’s have been up to some very evil experiments. The trailer looks really scary, and it’s being produced by J.J. Abrams.   Overlord Website 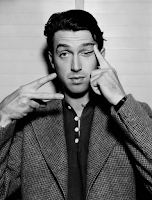