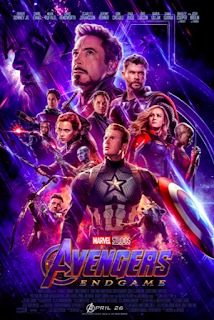 My View:  Avengers: End Game  (2019)  PG-13  After the disastrous results of Avengers: Infinity War (2018), where Thanos turned the world’s population to dust, the Avengers must assemble what is left of them and try to undo Thanos’ actions. This film exceeded my expectations. It is everything I wanted. First off, the film has a lot of humor in it, very similar to Thor: Ragnarok. They did an excellent job of not letting one of the three leaders of the group, Ironman, Capt. America and Black Widow, dominate the scenes, all are important to the story. Yes, the film is over three hours long but it didn’t feel that way. The film never lags and moves a great pace. Brie Larson does an incredible job with Captain Marvel, even more, amazing performance considering she shot this film before Captain Marvel. Yes, you are going to shed a few tears, and you are going to be thrilled with the final battle sequence between Thanos and the Avengers. Marvel did an amazing job with this film and the films leading up to this ending, setting pieces up in those other films that get resolved in this one. Go have a blast and see this brilliant film.    My Rating: I Would Pay to See it Again    Avengers: Endgame Website

Indiefest:  Sunset  (2018) R  A young woman named Irisz (Jul Jakab) shows up at a famous hat shop in pre-WW I Budapest, wanting a job. She is hiding a secret that  may get people killed. After we saw the film, I asked another critic whom I really respect, do you have a clue what we just saw and he said ‘no’. All I can tell you is the plot, and the character motivation are incredibly unclear. I can tell you every time Irisz leaves the house something bad happens, but she keeps doing it. This film directed by Laszio Nemes, the Oscar-winning director of the intriguing  Son of Saul (2015), which I loved, so I was disappointed by this film. The film was shot from the point of view of Inisz, and I got incredibly tired of the camera following her from behind, so we see scene after scene of us looking at the back of her head and neck. The film is 2 hours and 22 minutes but it felt like a four-hour film at least.    My Rating: Cable     Sunset Trailer

Indiefest:  Wild Nights with Emily  (2018)  PG-13  The little known life of writer Emily Dickinson (Molly Shannon), in particular, the great love of her life, a woman named Susan (Susan Ziegler) her brother’s wife.  Much lighter in tone than the Cynthia Nixon starring film A Quiet Passion (2016) which took the traditional route that Dickinson was a recluse and was never in love. This film takes a very different view of Dickinson, both her life as a spinster and her love life. In this film, Dickinson has a sense of humor, is in love with her brother’s wife and that Dickinson wrote almost all of her poems for Susan. I am not a fan of poetry, and there is a lot of it in this film, so at times I was a little bored. If you are a fan of Dickinson, then this is a must see to see a different take on her life.     My Rating: Bargain Matinee     Wild Nights with Emily Facebook Page

Indiefest:  Family  (2018) R  Kate Stone (Taylor Schilling) is focused on her career. She really doesn’t get along with anyone and doesn’t care. Her life changes when she has to baby sit 12-year-old Maddie (Bryn Vale), her brother’s misfit daughter. I loved this sweet and funny film about two very strange people connecting as a family. Kate is only focused on her career, that is all she does. She gets to the office before anyone else and is the last one to go home. She sees weakness in everyone and is fully confident that she is the one that will always come out on top. When her brother’s mother in law is near death and must be put into hospice, he and his wife are desperate to find someone to take care of Maddie. After much browbeating, Kate reluctantly agrees to take Maddie for one night. When she goes to find Maddie at her ballet class, she sees Maddie, in a tutu next door doing karate. Schilling and Vale have great chemistry together on the screen,  and I really enjoyed Vale as the peculiar Maddy. I loved the running gag as Kate’s life starts getting more and more complicated, the break room coffee performs less and less. Go see this warm film about family, and where you can find it in unexpected places. Just a bit of a warning, the Insane Clown Posse is a big part of the film and so you hear a lot of cussing, both in song and spoken.   My Rating: Full Price    Family Info

Forgotten Film:  Saint Jack  (1979)  R  Jack Flowers  (Ben Gazzara) plays an American hustler in the 70s Singapore. He dreams of opening a brothel so he can make some money to make it back to the states. The film gets a little slow but Gazzara gives a performance of his lifetime.   My Rating: Bargain Matinee   Saint Jack Info 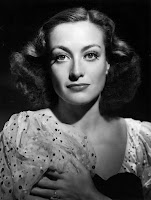