Note to readers: I currently am not willing to risk my health (I’m 62 and an asthmatic) by visiting a theatre. All films that I have seen for review have been screened in my home. I am not going to tell you whether or not to attend a theatre. Just be aware of the risks, do your research, and please, if you do, follow all the safety procedures to the letter. 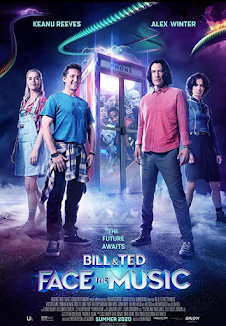 My View: Bill & Ted Face the Music (2020) PG-13    Bill (Alex Winter), and Ted’s (Keanu Reeves) lives haven’t quite turned out the way that they were told they would. Both are middle-aged dads who have never produced that big hit song they thought they were destined to. Now it’s time for the guys to dream big and fulfill their destiny. Moviemaking is a tough business, and it’s hard enough to bottle lightning once. The first film, Bill & Ted’s Excellent Adventure, was a fun ride, with some lovable characters and a plot that was delightful. Unfortunately, you can’t say the same for this sorry excuse of a film that fails miserably on almost every aspect of trying to capture that magic again. The film is painful to watch, especially watching Reeves, who of late has had quite a film career revival, attempt to make Ted lovable again. The jokes are bad, the acting seems wooden, and the plot is just downright stupid. Like the song that is supposed to be the big finale, the film lays a big fat flat note that so severely executed that I wanted the film to end ten minutes into it. George Carlin must be so sad looking down from heaven, going ‘Dudes, don’t do this again!’    My Rating: You Would Have to Pay Me to See it Again    Bill & Ted Face the Music Website   Now playing at a theatre near you and  available for rent on participating on-demand services. 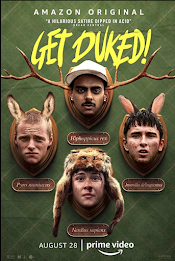 Indiefest: Get Duked! (2019) R   Three teenagers (Rian Gordon, Lewis Gribben, and Viraj Juneja) are given one last chance to turn their lives around by completing a grueling trek across the highlands. They are joined by an overachiever (Samuel Bottomley) who just wants to pad his curriculum to get into school. Their first assignment is to work together to find their campsite before dark. The problem is, there are some wealthy aristocrats (Georgie Glen and Eddie Izzard) who intend to hunt the boys down for sport. This comedy doesn’t always work, as with a well-worn gag about psychedelic rabbit pellets, but it is on the floor funny when it does. There is a gag (that I won’t ruin) near the end of the film that I literally did a ‘spit take’ when it happened. The four main actors play well off each other (I kept having flashbacks to the old BBC TV show The Young Ones) and that chemistry helps keep the film going through a few rough spots where the action/comedy starts to wain a bit. The film is a wild ride that, if you are in the mood for a bit of absurdist fun, is an adventure that you may not soon forget.    My Rating: Full Price     Get Duked! Website  Available on the Amazon platform. 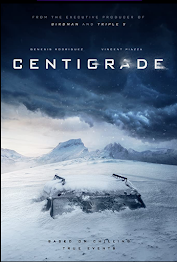 Indiefest: Centigrade (2020)    A married couple (Vincent Piazza, Genesis Rodriguez) gets stranded in a frozen vehicle after a blizzard in the arctic mountains of Norway and must struggle to endure amid plunging temperatures and incredible odds of survival. I will warn you this is not an easy film to watch as a couple snuggles to survive in their car as they slowly realize that no one is coming to save them. The film is a character study as the couple goes through the torture of living in a confined space with nowhere to go and resources dwindling down, like the few emergency candles the couple has to light their cold, lonely nights. The film does do an excellent job of creating tension, especially in the latter stages of the film, when things look their bleakest. The film will keep you guessing if they will survive this ordeal, and there are a few times when you will look at the clock and wonder how much more can these characters suffer.    My Rating: Bargain Matinee     Centigrade Website     Now playing at a theatre near you and  available for rent on participating on-demand services. 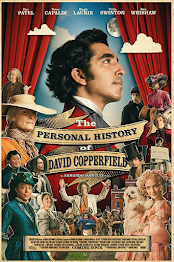 My View:   The Personal History of David Copperfield (2019) PG  The story of David Copperfield (Dev Patel), whose rag to riches story is a journey of the triumph of life’s many obstacles. I have always loved the work of Charles Dickens, whose work offers commentary on the human condition, that is just az revenant today as it was when Dicken's work was first published. I have always admired how Dickens was clever in bringing his point across, sometimes with humor, sometimes with sadness, but still moving. Director/co-writer Armando Iannucci perfectly captures Dickens's magic in this fantastic adaptation of David Copperfield. With the comic timings of Dev Patel, Iannucci brings us a tale that, while set in Dicken's time, feels contemporary with a look at the times we are living in now. Patel as Copperfield isn’t your ordinary hero, instead, he is one that is somewhat a buffoon but has a heart that sees people for what they are, and is able to make friends no matter the circumstances. The film moves at a quick pace as we watch David go from riches to rags and back to riches so many times it makes your head spin a little but all the while David is learning about life, friendship and even love. The Personal History of David Copperfield is a film that will make you feel good and wonder at its sheer cleverness, much like Charles Dicken's writings.    My Rating: Full Price     The Personal History of David Copperfield Website    Now playing at a theatre near you. 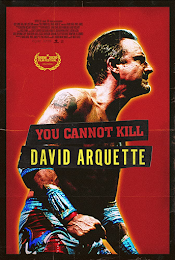 Indiefest: You Cannot Kill David Arquette (2020) R   David Arquette 20 years ago became the WCW World Wrestling Champion, considered by most wrestling fans and historians as one of the worst events to ever happen in the wrestling world. In this documentary, Arquette decides that after ten years of not getting any acting jobs, to go back into wrestling and try to atone for his wrestling sins. I have to admit that I have never been a fan of David Arquette, the actor or the person, I just never liked him and his I’m still a kid routine. I am a big wrestling fan, and when Arquette won the WCW Championship belt as a publicity stunt for a horrible movie (Ready to Rumble), I was shocked and a not happy. The documentary starts with Arquette trying to mend fences with both the wrestlers and the fans, and it doesn’t turn out well. I didn’t enjoy the first 20 minutes or so of the film, as I wasn’t sure just how serious and committed Arquette was to fixing his place in the wrestling world. As the movie went along, I slowly became a fan of both Arquette and this film, as he really does love the world of wrestling and is willing to put his body through the pain and agony of taking hits and bumps in and out of the ring. You will question his sanity, but you won’t question Arquette’s heart by the end of the film.    My Rating: Full Price     You Cannot Kill David Arquette Website      Available for rent on participating on-demand services. 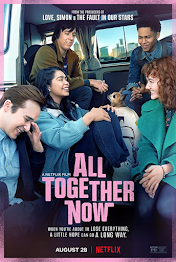 My View: All Together Now (2020) PG   Amber (Auli’i Cravalho) is a musically gifted high-school-student who has hopes of attending Carnegie Mellon. Amber spends her time between her beloved high school drama club helmed by Mr. Franks (Fred Armisen), her job at the donut shop, and her volunteer time at a local retirement community. When Amber’s dreams are threatened, she learns to lean on the strength of her family and friends to move forward. Amber is a bubbly high school student that everyone loves to be around, but she is hiding a secret, she and her mom (Justina Machado) are homeless. All Together Now is one of those films that just tries too hard to tug on the heartstrings but guess what, we don’t care because Auli’i Cravalho is mesmerizing on the screen. Machado gives us a performance that feels real, and we can see the love and sometimes hurt in her expressive eyes as she pushes forward, even as things start to come apart for Amber. The film is aided by an excellent supporting cast including Justina Machado as Amber’s troubled mom, Judy Reyes as the warm-hearted mom of Amber’s best friend and Carol Burnett as a cantankerous senior at a retirement community that Amber volunteers at. The film is relatively predictable, but Machado is such a gem to watch that all we can do is root for Amber to overcome her troubles and succeed.   My Rating: Bargain Matinee     All Together Now Website    Available on the Netflix platform. 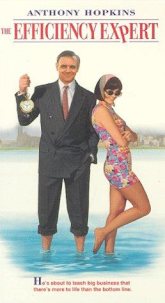 Forgotten Film: The Efficiency Expert (1992) PG   A productivity expert (Anthony Hopkins) is brought in to try and get the Ball moccasin factory back on track before the old man (Alwyn Kurts) has to shut the place down. To say that the inmates run the asylum would be an understatement as the employees spend more of their time on lunch and racing slot cars than making shoes. Complicating things is Mr. Ball’s daughter (Rebecca Rigg), who has two of the factory workers in love with her: Carey (Ben Mendelsohn), a great guy, and a rouge named Kim (Russell Crowe). Carey is oblivious that the woman who is perfect for him, is a fellow worker named Wendy (Toni Collette) who loves Carey even though he seems to not even notice her. The film is set in the mid-60s, has a brilliant cast that fills out the wacky factory, and is a blast to watch as Hopkins, a workaholic, who is so wrapped up in the factory that he is about to lose his wife (Angela Punch McGregor) and doesn’t realize it.    My Rating: Full Price      The Efficiency Expert Info

Weird Credits: From the credits of Bill & Ted Face the Music: Movement Coach for Mr. Winter

Coming Soon to a Screen Near You: Connected (2020)    Katie (voiced by Abbi Jacobson) is about to leave her family to go off to film school. Her dad (voiced by Danny McBride) decides to take the whole family on a road trip to take Katie to college. Along the way, this family will have to pull together to defeat a robot army threatening to take over the world. The robots never had a chance. Hey, the main character is going off to film school, so the filmmakers got me right from the start.       Connected Website 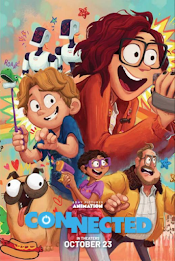