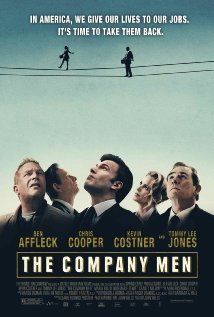 My View:   This weeks film is The Company Men, a film staring Ben Affleck, about a mid 30's salesman who loses his job in this tough economy.  This is a very disappointing film,  considering its cast (Tommy Lee Jones, Maria Bello, Chris Cooper) but this film's topic has already been done and was accomplished much better by the film Up In The Air.  Most of the cast sleepwalks through this film with the exception of Rosemarie DeWitt, who plays Affleck's too good to be true, stand-by-your-man wife.    My Rating:    Cable

The 50(A movie from my best/worst films of all time list):
#50 Worst Film:
Endless Love (1981)    Brooke Shields loses her virginity while her mother tenderly looks on.  To win her back, Shields jilted teenage lover, played by the dull Martin Hewitt, sets fire to her family's home and as a result, gets put in the loony bin.  Will their love conquer insanity and her parents?  Do we care?

Forgotten Film:   My Bodyguard (1980)
Chris Makepeace plays a kid going to a new school, trying to fit in and gets on the wrong side with the school bully.  He decides to hire a bodyguard played by Adam Baldwin, the meanest, toughest guy in the school.  A friendship ensues with both learning about life and each other.  Great supporting cast, including Martin Mull and Ruth Gordon,  helps make this film standout from some of the other coming of age films of the 80's.  My Bodyguard info 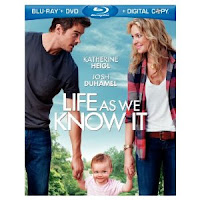 In Case You Missed It (a film just released on DVD):   Life As We Know It (2010) A predictable romantic comedy that isn’t funny enough to warrant its almost 2 hours in length.  I liked Josh Duhamel character as the irresponsible playboy much more than Katherine Heigl’s uptight bakery owner.  I did enjoy seeing all the locations in the movie such as and Philips Arena.    My Rating:  Cable

Weird Credits:  From the credits of The Town:   Strength Trainer Liaisons


Coming Soon to a Theatre Near You:   Cedar Rapids
Ed Helms and John C. Reilly create havoc at an insurance conference. 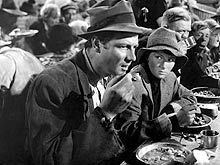