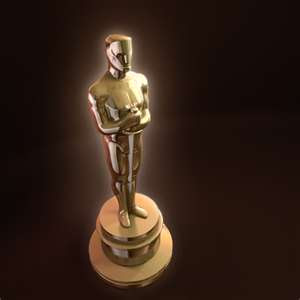 Actor In a Supporting Role:  Christian Bale, The Fighter

Actress In a Supporting Role:  Melissa Leo, The Fighter

Actor In A Leading Role:  Colin Firth, The King's Speech 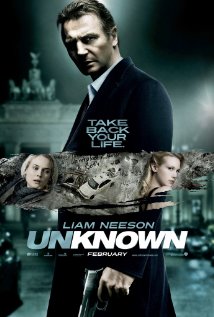 My View:  This weeks film is Unknown.  Liam Neeson plays a researcher arriving in Berlin for a scientific conference with his wife (played by the beautiful January Jones).  He is alone in a Taxi when it crashes, causing injuries so bad that he is in a coma for 4 days.  When he awakens from the coma, he discovers that someone has taken on his identity, and no one, not even his wife, believes who he says he is.  He goes on a quest, with help of the taxi driver who saved him (played by Diane Kruger), to prove who he is and somehow get his life back.  Good car chases, exciting fights, and lots of plot twists, make this film an enjoyable action flick.   Just leave your brain at the door, and you will have fun with this one.  My Rating:  Bargain Matinee   Unknown Info

The 50(a movie from my best/worst films of all time list):
#49 Worst Film:
Weekend at Bernies II  (1993)  a sequel to the 1989 film, Bernie (who died in the first film) is revived by a voodoo spell to find the money that Bernie had stolen from the Cartel.  Andrew McCarthy and Jonathan Silverman, reprise their roles from the first movie and go the Virgin Islands to find Bernies money and clear their name. Can you smell Bernie's decomposing body from here?  This movie can be summed up by the tag line "Bernie's back...and he's still dead!".  Weekend at Bernie's II Info

Forgotten Film:  Valley Girl (1983).    Surprisingly good film about two people falling in love, despite the fact that the girl (played wonderfully by Deborah Foreman) is a typical, mall shopping, "Gag me with a Spoon" girl from the "Valley" and the boy (Nicolas Cage in his first leading man role) is from the Punk Rocker world of the L. A. club scene.   Despite the scorn of both their parents and friends, they find love can survive their clashing worlds.  Great sound track and one of the few films of the 80's that showed what the Punk scene was really like.  Valley Girl Info

In Case You Missed It (A Film Just Released on DVD):
Due Date (2010)  Buddy film that tries to be another Planes, Trains and Automobiles but fails to capture any of the humor and fun of that John Hughes film.  Due to a series of events, Robert Downey Jr., a father-to-be trying to get back to his expectant wife for the birth of his first child, is forced to hitch a ride with an out of work, druggie actor played by Zach Galfianakis.  There isn't any chemistry between the two men and Robert Downey Jr.s mad at the world act is just tiring to watch.  My Rating:  Cable
Due Date Info

Weird Credits:  From the credits of Barney's Version:  "Dental assistance for Mr. Hoffman"

Coming Soon to a Theatre Near You:  Win Win
A wonderful looking film, staring Paul Giamatti as a sad sack family man who moonlights as a high school wrestling coach.  He takes a troubled young athlete under his wing, trying to turn the kid's life around.
Trailer for Win Win 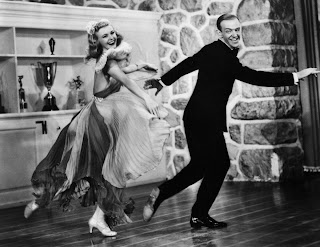