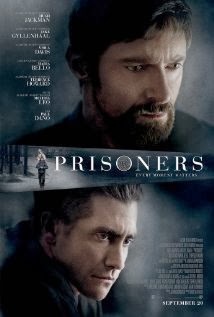 My View: Prisoners (2013) R  When Keller Dover’s (Hugh Jackman) young daughter and her friend go missing, the families of the two girls start to panic.  A main suspect is released due to lack of evidence, and that’s when Keller decides to take matters into his own hands.  How far will he go to find his daughter?  The film is highlighted by two brilliant performances by Jackman, as the father who will do anything to find his daughter, and Jake Gyllenhaal, a detective who has always solved his cases.  The problem with this film is its length (almost 2hours and thirty minutes), and its pacing.  It just takes forever for anything in this film to develop.  The film does have some nice twists and turns to the plot that keep you guessing, but I would have liked to have gotten to the end quite a bit sooner. My Rating:  Bargain Matinee   Prisoners Website

Indiefest:  Thanks for Sharing (2013) R   Adam (Mark Ruffalo), Neil (Josh Gad) and Mike (Tim Robbins) come from different backgrounds and seem like they wouldn’t have anything in common, except they are all addicts in a support group… a support group for sex addiction.  Ruffalo is outstanding as the troubled Adam, a man who is tempted at every corner by provocative ads but is determined to stay clean.  Josh Gad is becoming one of my favorite actors, and he does a great job playing Neil, a doctor who hasn’t fully realized that if he doesn’t change his ways, his life could be ruined.  I also like Pink (acting under her given name of Alecia Moore), a sex addict who becomes friends with Josh Gad’s character.  The film tackles a tough subject with humor but too many times goes into melodrama, which make the characters, especially Adam’s new girlfriend (played by Gwyneth Paltrow), seem one-dimensional.    My Rating:  Bargain Matinee  Thanks for Sharing Website
Family Faire:  The Wizard of Oz  (1939) PG  Dorothy (Judy Garland), her dog Toto, The Scarecrow (Ray Bolger), The Cowardly Lion (Bert Lahr), and The Tin Man (Jack Haley) are off to see The Wizard (Frank Morgan).  The Wicked Witch of the West (Margaret Hamilton) is out to stop Dorothy from finding a way home.  This timeless classic is worth seeing in the theatre because the restoration brings out the vibrant colors in the film, and it is so much fun to experience the film with an audience, especially kids who haven’t seen it before.  At the screening that I attended, kids were laughing and having the best time watching this beautiful film.  The 3-D aspect doesn’t add too much, but seeing the film on the big screen is a great experience.  My Rating:  I Would Pay to See it Again  The Wizard of Oz Website
Indiefest:  The Short Game  (2013) PG  The World Championship of Junior Golf brings 1500 young golfers from 54 different countries to compete in a tourney that will crown the next possible “Tiger Woods.”  This entertaining film follows 8 young golfers, ages 7 and 8, from around the world, in their quest to win the championship.  Some of the kids are adorable, including little Sky Sudberry, who is a tiny little girl with a big heart, and Zamokuhle Nxasanna, a roly-poly kid from South Africa, who is just there to make friends, play as well as he can and have fun.  There are a couple of kids that you sort of root against, including Alan Kournikova, the brother of tennis star Anna, who is the epitome of the rich, stuck up kid who thinks he’s God’s gift to golf (and he maybe, since he is that good), and Amari “Tigress” Avery, who is coddled by her dad and has temper tantrums on the course when she hits a bad shot.  This is a must for any golfer, though throughout the film,  you will say to yourself “Man, why can’t I hit the ball like that?”  My Rating: Full Price   The Short Game Website

Forgotten Film:  The Last Waltz  (1978)  PG   A documentary, directed by Martin Scorsese, about the last concert that the legendary group The Band performed at in 1976 at San Francisco’s Winterland.  The film contains interviews with the band members about their 16 years of being on the road.  Singers such as Bob Dylan, Joni Mitchell, Neil Young and Emmylou Harris appear on stage to sing in celebration of one of the ground breaking groups of the 60’s/70’s. This is one of the best concert films of all time.   My Rating:  Full Price  The Last Waltz Info

In Case You Missed It (A Film Just Released on DVD / Blue-ray):  World War Z  (2013)  PG-13  Gerry Lane (Brad Pitt) just might be the world’s only hope to stop the zombie apocalypse that is at the brink of destroying all mankind.  Pitt is a former UN investigator who served in some of the world’s worst war-torn areas.  He is given the job to find out where the Zombie outbreak came from and determine if he can find some sort of cure. I really didn’t like this film as I felt the film had dull moments, the Zombie attacks were mostly shown in long shots, and the ending was ill-conceived and a little forced.  My Rating:  Bargain Matinee   World War Z Website

Weird Credits:  From the credits of Prisoners (2013):  prop body and snakes

Coming Soon to a Theatre Near You:  12 Years a Slave  (2013) R  This film about a free black man (Ehiwetel Ejiofor), who is abducted and sold into slavery, was the talk of the Toronto International Film Festival.  The film is being talked about as a sure thing for a nomination for Best Picture. 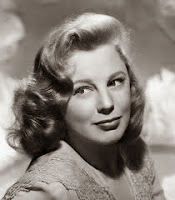