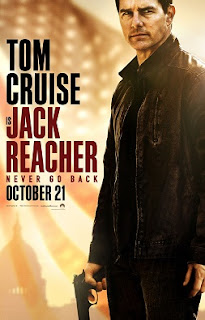 My View:  Jack Reacher: Never Go Back  (2016) PG-13 Jack Reacher (Tom Cruise) is coming back to the headquarters of his old military unit.  Major Turner (Cobie Smulders) has been helping him solve cases across the country.  When Reacher arrives, he learns that Major Turner is charged with treason. I enjoyed the first Jack Reacher film and, while not as enjoyable as the first, this movie is still a fun ride. This is definitely a leave your disbelief at the door, because Reacher does a lot of impossible stuff (like falling off a roof and walking away), but the fight sequences are a blast to watch, and both Cruise and Smulders are phenomenal in the action scenes.  I will say that Cruise does a heck of a lot of running in this film, so much so that I bet he runs at least a 10K in the movie. While the film steals a little bit from the Bourne and the Taken series, it’s still a great popcorn movie to experience.  My Rating:  Bargain Matinee   Jack Reacher: Never Go Back Website

Indiefest:  In A Valley of Violence  (2016) R  A mysterious stranger (Ethan Hawke) and his dog travel to the forgotten town of Denton, dubbed as the “valley of violence,” where things quickly go bad. Part comedy, part homage to the “Spaghetti Westerns” of the 60s and 70s with a large dose of ‘revenge films,” it’s a rather uneven film. There were times I really enjoyed this film but there were also scenes that just didn’t work. Hawke is an acceptable hero with what he is given to work with, but I think I would have liked his character to be a little more mysterious, like Eastwood in those “Spaghetti Westerns.”  I did delight in the performance of John Travolta, who plays the Marshall of the town, running it with an iron hand.  I also thought that Taissa Farmiga did an excellent job of portraying a young woman who, after being abandoned by her husband, is stuck in the horrible town and is looking for a way out. Overall, the film never quite balances the comedy with the violence of the movie and only really comes together in the last big shootout sequence.   My Rating:  Bargain Matinee   In a Valley of Violence Website

Forgotten Film:  A Perfect Candidate  (1996) This little scene documentary looks at the 1994 unsuccessful bid for the Virginia Senate seat by Oliver North. The film focuses on North’s campaign strategist, Mark Goodin, and Washington Post reporter, Don Baker. It's a great film made greater by larger-than-life Goodin who is almost mesmerizing to watch.  My favorite scene in this film is when North’s opponent, incumbent Chuck Robb, strolls through the aisles of a supermarket trying to find one person willing to shake hands with him.  My Rating:  Full Price  A Perfect Candidate Info

In Case You Missed It (A Film Just Released on DVD / Blu-ray):  Ghostbusters  (2016)  PG-13 Erin (Kristen Wiig) and Abby (Melissa McCarthy) write a book that states that ghosts are real. When ghosts invade Manhattan, the author pair team up with Jillian (Kate McKinnon), a nuclear engineer, and  Patty (Leslie Jones), to try and save the world from an evil and powerful demon, Rowan (Neil Casey). I had a great time watching this film. There are some subtle homage to the first Ghostbusters movies, but it’s really an original idea for a movie. I would have liked McCarthy to be a little more animated in her part, but Kate McKinnon more than makes up for that with a wacky performance. Chris Hemsworth is brilliant as the dumb-as-rocks receptionist who gets the job based only on his good looks. There are a lot of cameos, some really work, but it is very obvious that Bill Murray didn't want to do this film from his performance. The film was shot in 3-D, and it shows, with some of the ghost appearances using the technology to the fullest. There are two bonus scenes, one after the main credits and another, which sets up a possible sequel after all the credits.   My Rating:  Full Price   Ghostbusters Website

Weird Credits:  From the credits of Jack Reacher: Never Go Back:  Construction Auditor

Coming Soon to a Theatre Near You:  Arrival  (2016)  PG-13  When mysterious spacecraft touch down across the globe, an elite team led by expert linguist Louise Banks (Amy Adams) is brought together to investigate. As mankind teeters on the verge of global war, Banks and the team race against time for answers. Amy Adams could just read a phone book on-screen for an hour and a half, and I would watch it.   Arrival Website 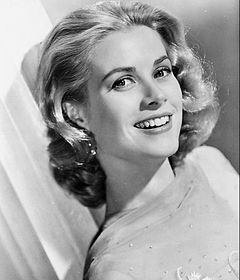