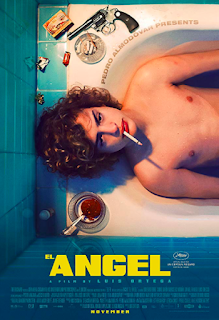 Indiefest:  El Angel  (2018)  Carlitos (Lorenzo Ferro), a baby-faced serial killer becomes an overnight sensation in Argentina because of his looks. The film is all look and no substance as we never get a feel of why Carlitos kills without remorse and feels that robbing businesses is his right. The film is beautiful to look at with those early 70s colorful fashions on full display, and the soundtrack of Latin rock works well within the film. The problem is the film feels empty, we never care about any of the characters, especially Carlitos.    My Rating:  Bargain Matinee   El Angel Website

In Case You Missed It (A movie just released on DVD/Blu-Ray):   Blindspotting (2018)  R  Collin (Daveed Riggs  and Miles (Rafael Casal) have been friends since their childhood. Colin has three days left on his probation, three days to stay out of trouble. The problem is that trouble just seems to follow everywhere Miles goes. The film moves defy between humor and seriousness. This is about friendship, race and the changing landscape of neighborhoods. Diggs and Casal have great chemistry on screen making this film work so well. This is a film that you will be thinking about long after you see it.   My Rating; I Would Pay to See it Again    Blindspotting Website

In Memory of Ed Wood (A Movie I've Only Seen in Trailers but Just Looks Like a Bad Idea):   The Upside  (2018)  PG-13  Story of a relationship between a wealthy man (Bryan Cranston) who is a quadriplegic and an unemployed man (Kevin Hart) with a criminal record who is hired to help him. The trailer looks horrible. Go watch the 2011 french version of this film, The Intouchables, which was one of the best films of that year.   The Upside Facebook Page

Forgotten Film:  Cornbread, Earl and Me  (1975)  PG  Cornbread is a star high school basketball player who is a few weeks from going to college. The neighborhood kids idolize Cornbread, including Wilford (Lawrence Fishburne) and Earl (Tierre Turner). The police mistake Cornbread for a shooting subject and gun him down in front of Wilford and Earl. The police attempt to intimidate the kids to stay silent about what they saw, but Wilford is determined to seek justice for his hero. Fishburne, in his feature film debut, gives a strong and moving performance as Wilford and Rosalind Cash gives an outstanding performance as Wilford’s mother. This is an excellent movie whose subject matter could be taken from today’s headlines.   My Rating: Full Price    Cornbread, Earl and Me Info

Weird Credits:  From the credits of El Angel:  Stunt Soldier

Coming Soon to a Theatre Near You:  Vice  (2018)  R  The story of Dick Cheney (Christian Bale) who rose from poverty to become a Washington insider, ultimately become the Vice President under George W. Bush. Besides Bale doing another chameleon appearance as Cheney, the cast includes Amy Adams as Cheney’s wife, Steve Carell as Donald Rumsfeld, Sam Rockwell as George W. Bush, Bill Camp as Gerald Ford and Tyler Perry as Colin Powell. The film is written and directed by Adam McKay, who gave us the 2016 Oscar-winning film The Big Short.   Vice Website 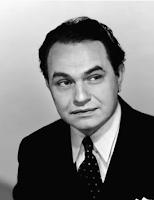