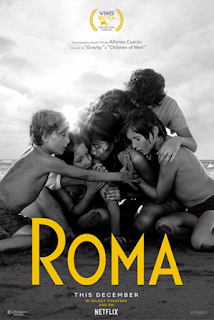 My View:  Roma  (2018)  R  Two-time Oscar winner (Gravity, 2013) Alfonso Cuaron brings us a tale of a family in transition in the early 1970s in Mexico City. Based on Cuaron’s own childhood the center of the film is a live-in maid named Cleo (Yalitza Aparicio) as she tends to a large family. Roma is a beautiful film, shot in glorious black and white. Aparicio is brilliant as the maid who would do anything to make sure the children she cares for are loved and safe. The film takes place over a year as the marriage of the husband and wife falls apart. Cleo tries to make the lives of the children as normal as possible, but she is dealing with a dead-beat boyfriend and a ton of other problems. This was a passion project for Cuaron, and it shows on the screen. This is one of the best films of the year and a shoo-in for a ton of Oscar nominations.    My Rating:  I Would Pay to See it Again   Roma Website

My View:  The Favourite  (2018)  R In early 18th century England, a frail Queen Anne (Olivia Colman) occupies the throne. Lady Sarah (Rachel Weisz) and a new servant, Abigail (Emma Stone) vie for the attention of the Queen. While Colman, Weisz, and Stone give Oscar-worthy performances, I would like to single out Nicholas Hoult as a snarky Earl who uses any means necessary to obtain power. Hoult’s wisecracks and put-downs are the best part of the film, and there is an incredible outdoor scene with Emma Stone that will have you laughing out loud. The makeup, the sets and the costumes are simply breathtaking. This tale of two women who battle over who can gain the affection and ear of the Queen is brilliant. Think Dangerous Liaisons with a touch of a lesbian War of the Roses.   My Rating: I Would Pay to See it Again    The Favourite Website

In Case You Missed It (A movie just released on DVD/Blu-Ray):   Operation Finale  (2018)  PG-13   A group of Israeli secret agents, led by a brash secret agent( Oscar Issac) go after Adolph Eichmann (Ben Kingsley), the man responsible for murdering six million Jews,. Eichmann, under a different name,  is hiding in South America among a group of Nazi supporters. I enjoyed this film, though the first half of the film is much better than the second half. Both Kingsley, playing the unapologetic Eichmann and Issac, playing an Israeli secret agent who hasn’t always done the right thing, give convincing performances as they play a cat a mouse game. And anytime I can see Melanie Laurent, who plays a fellow Israeli agent, on the screen, I’m happy.    My Rating: Full Price    Operation Finale Website

Forgotten Film:  Terri (2011)  R  John C. Reilly plays a high school Vice Principal who takes an overweight 15-year-old boy,  named Terri (played by Jacob Wysocki), under his wing.  Terri’s life is complicated and isolated, as his parents leave him to care for his bi-polar uncle whose moods seesaw from an almost cationic state to a hyperproductive state. Terri has given up on life and school, and in the midst of his depression, only wears pajamas.  He also has a crush on a popular girl but chooses to just stare at her from far away.  With the help of the Vice Principal, Terri starts coming out of his shell and even makes a few friends along the way.  Reilly is good in this small but well-done film, and Wysocki gives a powerfully understated performance.    My Rating:  Full Price    Terri Facebook Page

Weird Credits:  From the credits of The Favourite:  Prosthetics Painter

Coming Soon to a Theatre Near You:  Cold War  (2018)  R   The story of star-crossed lovers set in Europe in the 1950s. This film is being mentioned by film critics as a possible Best Foreign Language Oscar contenders. The film received a standing ovation of 18 minutes at the 2018 Cannes Film Festival.    Cold War Website 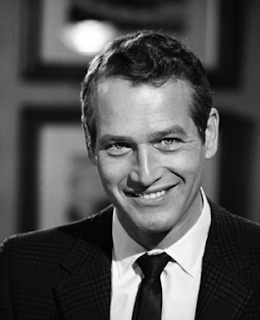