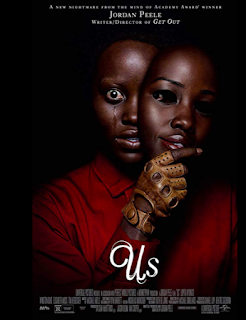 My View:  Us  (2019)  R  A family is threatened by a group of doppelgängers who begin to terrorize them. Writer/director Jordan Peele has done it again. While not on the level of his first film Get Out, this horror film is still brilliantly done. One of the best things about his film is the score which uses some incredibly creepy original music along with some classic hip hop, rap, and rock songs. There is quite a bit of humor in this film, mostly provided through Winston Duke’s performance as the father playing a big, kind of a nerdy goofball.  Lupita Nyong’o is absolutely amazing playing two parts, the fierce mother, Adelaide,  who will do anything to protect her family and the horrific doppelgänger who wants to destroy Adelaide’s family. The tension builds almost from the start and doesn’t let up until the credits roll. I will warn you that there is quite a bit of blood spilled in this film but the violence, for the most part, is done off-screen. This is a film that you may have to see a couple of times to let it all sink in. My fellow critics and I talked for about an hour after we saw the film, trying to figure everything out. If you are a fan of intelligent horror films, this is a must for you.    My Rating:  Full Price     Us Website

Indiefest:  Gloria Bell  (2019)  R  A free-spirited woman (Julianne Moore) in her 50s is living her life, going to dance clubs alone until she meets a man (John Turturro) and falls in love, but that man might not be right for her. This is a remake of the writer/director’s 2012 Spanish film Gloria. The reason to see this film is the performance of Julianne Moore, who is a force of nature in the role. She portrays Gloria as a free-spirited woman who is kind but won’t put up with any relationship that doesn’t give her respect. This moving and sometimes heartbreaking film treats its subject with a loving look at a woman who discovers who she is.    My Rating:  Full Price    Gloria Bell Facebook Page

Indiefest:  Giant Little Ones  (2018)  R    Two popular boys (Darren Mann, Josh Wiggins) lives are turned upside down by an incident that happens on one of the boys 17th birthday. The film centers on Josh Wiggins character, Frankie, whose life gets turned upside down by the incident. This is a lovely film about dealing with all the crazy things that you go through as a teenager. I really loved this film about a young man trying to find his way in the world. Wiggins gives a dazzling and moving performance in the movie. I also liked the performance of Taylor Hickman, who plays a former friend of Franky’s who comes back into his life. Give this warm and tender film a chance, you won’t regret it.     My Rating: Full Price    Giant Little Ones Facebook Page 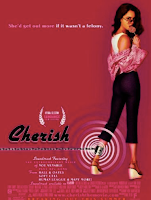 Forgotten Film:  Cherish  (2002)  R  After a martini-induced rampage, a young woman (Robin Tunney) is placed under house arrest. She figures out how to defeat her ankle alert in order to break the monotony of her confinement. Robin Tunney is amazing in this little-seen film. Part mystery, part comedy with a little romance mixed in Cherish is such a fun film to watch. Give this film a chance, I think you will enjoy it.    My Rating: Full Price    Cherish Info

Weird Credits:  From the credits of Us:  Stunt Pre-viz

Coming Soon to a Theatre Near You:  Avengers: Endgame  (2019) After the events that happened in Avengers: Infinity War.  With the help of Captain Marvel, the remaining Avengers are going to undo what Thanos did. Lots of rumors are flying around for this film.    Avengers: Endgame Website