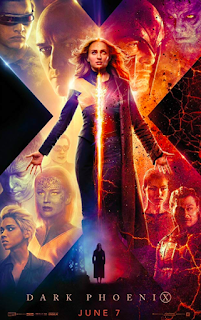 My View:  Dark Phoenix  (2019)  PG-13  Due to a freak accident in space during a rescue, Jean Grey (Sophie Turner) starts developing powers far beyond she can control. If Jean doesn't get a hold of these powers it could be the end of what the X-Men have worked so hard to build. What horrible ending for a franchise that never quite hit their mark. How Simon Kinberg screwed up with a cast that includes James McAvoy, Michael Fassbender, Jennifer Lawrence and Nicholas Hoult I’ll never know. The plot makes no sense, the battle sequences are boring and there are actual moments where the film is trying to be serious but instead brings laughter from the audience. I have never seen a film where I noticed how much makeup everyone was wearing. I guess eyeshadow helps you fight. Skip this film and go see End Game again.    My Rating: You Would Have to Pay Me to See it Again   Dark Phoenix Website

Familyfaire:  The Secret Life of Pets 2  (2019)  PG  The continuing adventures of Max (Patton Oswalt), Snowball (Kevin Hart)  and Duke (Eric Stonestreet), I mildly liked the first film. This film is much better than the first film mostly due to the addition of Harrison Ford as a stoic working dog named Rooster and a fast-talking dog named Daisy voiced by Tiffany Haddish. I also thought that Patton Oswalt was a big improvement as Max, replacing Louis C.K. from the first film playing the small dog with the heart of a lion in Max. The big scene stealer is, of course, Kevin Hart who plays Snowball, a bunny rabbit that thinks he is a superhero. The film is aided by some excellent action sequences that are thrilling and funny at the same time. I was shocked that they used ZZ Top’s ‘La Grange” as the music in one scene since the song is about a notorious ‘Cat House’ in Texas. Take the kids, you and they will enjoy the movie, just don’t tell them about what the song is about.  Oh, and stay through the first section of closing credits where you see youtube videos of pets doing stupid things to humans because there is a very funny rap song that Snowball performs.  My Rating: Full Price   The Secret Life of Pets 2 Website

Indiefest:  The Tomorrow Man  (2019)  PG-13   Ed (John Lithgow) is retired and spends all his time and money on preparing for a disaster that he is convinced is coming. Ed meets Ronnie (Blythe Danner) at a chance meeting. Ed becomes enamored with Ronnie and to his delight, they begin dating. Ronnie is hiding a secret that may cause them to break up. This a moving and beautiful film about two lonely, quirky people finding love again in their 60s. Lithgow and Danner give a multilayered performance and their chemistry on the screen is breathtaking. What I love about this film is that these are two very unique characters that find a common ground to fall in love. I will warn you that the ending is a little strange but I think it perfectly ties the film up.   My Rating:  Full Price   The Tomorrow Man Website

Indiefest:  Walking on Water  (2018)  An uncensored look at controversial artist Christo who is known for creating large-scale installations, most of which only lasts for days. This film chronicles the building of a series of floating piers that measured 1.9 miles long. The event took place in Italy with the Swiss Alps in the background. The project was fraught with problems, including crowds that were never anticipated. The film is a fascinating look at a man who has a giant ego, loves to have tantrums and likes being the center of attention. But Christo is also a remarkable artist and engineer and to pull off this feat is almost unbelievable. The filmmaker took over 700 hours of footage that gives us an inside look at a man some have called mad and other’s have called genius. The film does have some tense moments, like when a young girl goes missing in a massive crowd and when Christo threatens to shut down the project only two days into the event when crowds become too big. The film does a great job of giving us the perspective of just how big the project was and how hard the crews had to work to complete the project. It’s a rare thing to get to see this sort of look at a legendary, controversial artist.   My Rating:  Full Price    Walking on Water Website

Forgotten Film:  Open Water (2003)  R  Two scuba divers (Blanchard Ryan, Daniel Travis) come to the surface after an ocean dive to discover that the tour boat has left them behind. They have to decide how to handle this situation when it becomes very aware that the tour boat isn’t coming back. Now they are going to have to deal with exhaustion but also sharks. This is a horrifying film, make even more chilling by the fact that this is based on a true story. Plus, just to add to the horror, both the jellyfish and the sharks were real. The film was shot on an incredibly small budget but is so well done and scary that you wouldn’t know it.   My Rating: Bargain Matinee   Open Water Info

Weird Credits:  From the credits of Dark Phoenix:  Estimator

Coming Soon to a Theatre Near You: The Dead Don’t Die  (2019)  R  The small, peaceful town of Centerville is suddenly turned into killing zone as a horde of zombies invades the town. Now it’s up to its Police Chief (Bill Murray) and his deputies (Adam Driver, Chloe Sevigny) to save the town with a little help of the new funeral home director (Tilda Swinton). The trailer looks just crazy and it has a great cast including Steve Buscemi, Sara Driver, Danny Glover, Selena Gomez, Carol Kane, and Caleb Landry Jones.    The Dead Don't Die Website 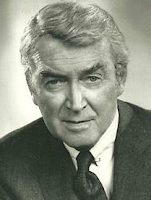