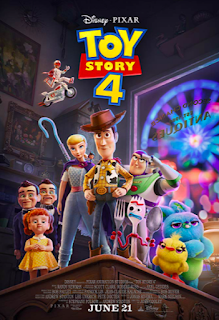 Familyfaire:  Toy Story 4  (2019)  G  When Woody’s (Tom Hanks) ‘kid’ Bonnie (Madeleine McGraw) goes off unhappily to kindergarten, Woody helps her create a new toy called Forky (Tony Hale). The problem is Forky doesn’t want to be a toy and escapes the RV Bonnie’s family is going on vacation in. Now Woody must go on a mission to find and bring back Forky to Bonnie. I don’t know how Pixar keeps doing it but Toy Story 4 is as good as any other of the Toy Story films. It is probably the funniest of the 4 films, mostly due to the antics of Forky. There is a sequence in the first ten minutes of the film that involve Forky that will have on the floor laughing. There are some great new characters including a motorcycle stuntman named Duke Caboom, voiced by Keanu Reeves and two stuffed caravel prize animals voiced by Keegan-Michael Key and Jordan Peele. It is Toy Story, so you are going to shed some tears and hate to break it to you, this is the last Toy Story film but rest assured it has a wonderful ending that is perfect. Stay through all the credits as there are bonus scenes, including a fantastic play on the Pixar logo at the end of the film. I will say this, this might not be a film for very small children. There are some rather scary bad guys that even creeped me out.    My Rating: I Would Pay to See it Again    Toy Story 4 Website

Indiefest:  Woodstock: Three Days that Defined a Generation  (2019)   Fifty years ago 500,000 people saw three days of magical musical performances. It was more than just a concert and the people that were there tell their stories about the event. Unlike the 1970 Woodstock film, this movie concentrates on the people, both behind the scenes and the people that experienced the concert from the grounds. They do show some of the more iconic performances like Santana and Hendrix. The fascinating facts are numerous as we learn that the land they intended to have the concert on was taken away by a local city council and they had to find and construct everything in just four weeks. Also, the two main investors didn’t know anything about put on a concert much less one that 500,000 people attended. I enjoyed this film, getting to know the people that first hand experienced it.  My Rating: Full Price     Woodstock Website

In Case You Missed It (A Film Just Released on DVD / Blu-ray):  Five Feet Apart    (2019)  PG-13  Two teenagers (Haley Lu Richardson, Cole Sprouse) with life-threating illnesses meet in the hospital and fall in love, despite the fact that they have to stay at least five feet away from each other. I agree with a fellow critic who said after the screening that this just might be Haley Lu’s break out movie. She is brilliant in the role of the girl with cystic fibrosis who is trying to do everything she can to keep living. Cole Sprouse is good in the role of the rebellious patient who becomes interested in Haley Lu’s character. This isn’t a great film, but it delivers what you want in this genre with all the tugs at the heartstrings. I was happy that there a couple of twists I didn’t see coming. I have trouble with a couple of the plot points but there aren’t too troubling and don’t really interfere with the storyline. If you like a romance with a few tears then this film is for you.  My Rating: Bargain Matinee    Five Feet Apart Website

In Memory of Ed Wood (A Movie I've only seen in Trailers but just looks like a bad idea):  The Angry Birds Movie 2  (2019)  PG  A second movie based on the game? I hated the first one, so I am guessing this won’t be an improvement.    The Angry Birds 2 Movie Website

Forgotten Film:  Pushing Tin  (1999)  R  Nick (John Cusack) is the number one air traffic controller, always getting his planes safely to their destinations. All this changes when the cocky and reckless Russell (Billy Bob Thornton) comes into the control tower. Will this rivalry endanger the lives of passengers? The reason to see this film is the preferences of Cusack, Thornton and Angelina Jolie, who plays Russell’s wife that Nick has an affair with. It is also interesting to see how air traffic controllers do their high-stress jobs. You are little let down by the ending but overall this is worth watching.  My Rating: Bargain Matinee    Pushing Tin Info

Coming Soon to a Theatre Near You:  The Farewell (2019)  PG  A Chinese family discover that their grandmother has only a short time to live. They decide not to tell her and stage a wedding as an excuse to gather the family together to say goodbye. This film made a big impact with audiences at the 2019 Atlanta Film Festival.    The Farewell Website 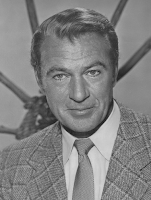