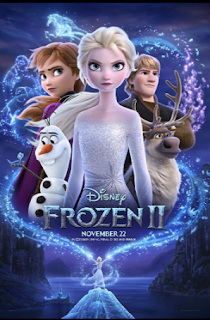 My View: Frozen 2 (2019) PG   Anna (Kristen Bell), Elsa (Idina Menzel), Kristoff (Jonathan Groff), Olaf (Josh Gad), and Sven leave Arendelle to find the origin of Elsa’s powers to save the kingdom. While not quite measuring up to the wonder and brilliance of the first Frozen film, this movie still hits all the right spots and makes it an enjoyable experience for you and your family. The film doesn’t have a showstopper song like ‘Let it Go,’ it does have several songs that hit the mark, including ‘Into the Unknown’ sung by AURORA and Idina Menzel. What makes this film such fun to watch is the antics of Olaf, expertly voiced by Josh Gad. Olaf, the dim but always overly optimistic snowman, provides just the right amount of comic relief that will make you not only giggle but laugh out loud. The film’s animation is stunning, and many of the scenes are just draw-dropping gorgeous. I think families will enjoy this film with its central message of girl power and how family is there to stand right by our sides when faced with obstacles that seem bigger than maybe we can handle.    My Rating: Full Price     Frozen II Website

My View:  A Beautiful Day in the Neighborhood   (2019)  PG  Journalist Lloyd Vogel (Matthew Rhys) is a hard-hitting reporter who is known to ruffle the feathers of the people he interviews. Lloyd’s outlook on life is about to change as his next assignment is to interview the legendary nice guy, Mr. Rogers (Tom Hanks). Let me tell you right off that Mr. Rogers is not the focus of this film. In fact, Tom Hanks will probably be nominated for a Best Supporting Actor for his role and not leading role. The film centers around the journalist, Lloyd, a disliked reporter who doesn’t want to do a profile on someone he considers beneath his journalistic skills. Lloyd, while in a loving relationship with his wife (Susan Kelechi Watson) and just born baby but is troubled by his past with a father (Chris Cooper) who abandoned Lloyd and his mother early in Lloyd’s childhood. Matthew Rhys gives a winning performance as the reporter, but it's Tom Hanks that makes this film work. It would be hard to pick an actor who could do a better job in this role as a fascinating and lovely man who only wants to help children deal with their feelings and how to interact with the world around them. While it takes a little while to warm up to the structure of the film (which I won’t go into so I don’t ruin it), you will enjoy this film that has a mission at its core, to make you, the viewer, a better person.    My Rating: Full Price     A Beautiful Day in the Neighborhood Website

Indiefest:  Waves  (2019) R   The story of a suburban family, led by a domineering father (Sterling K. Brown), that starts to fall apart when an accident turns deadly. Writer/director (It Comes at Night (2017), Krisha (2015)) brings us a film that is separated into two parts. The first part centers around Tyler (Kelvin Harrison Jr.), a popular high-school student who seemingly has everything going for him until it comes crashing down. The second part revolves around Tyler’s sister, Emily (Taylor Russell), who struggles to keep going in the aftermath of a horrible accident. The performances in this film are powerful and moving, with Sterling K Brown standing out as the father who knows he pushed his son too hard and too fast. This is a deep and weighty dive into a family's dynamics, where each member must ask the question, ‘Is there something I could have done to prevent this from happening to my family?’. You will be thinking about this film long after the final credits roll.    My Rating: Full Price     Waves Website

My View:  The Report (2019) R A Senate staffer (Adam Driver) is given the lead in an investigation into the CIA’s post 9/11 Detention and Interrogation Program. What he finds will cause shockwaves across the nation. This isn’t a film that you can just sit down and let it wash over you. You are going to have to think, sometimes really hard, while watching this film that is less about action and more about reaction. Adam Driver once again proves that he is one of the best actors out there, giving a complex and multi-faceted performance of a man who is driven to find out the truth, no matter the cost. It’s a intricate tale that will make you mad at times on how our government could have made the choices that it did in a quest to find terrorists, even if they weren’t always there. This isn’t a film for everyone, but for those that choose to see it, it will keep you interested until the end.  My Rating: Full Price     The Report Website

Indiefest:  Marriage Story (2019) R   The story of a couple (Adam Driver, Scarlett Johansson) whose marriage is falling apart, told from the separate viewpoints of the husband and the wife. The heartbreaking story of a marriage that is crumbling before the eyes of both the parents and their young son. The story starts out with two people trying to make this break as quick and painless as possible, but as soon as lawyers get involved, the divorce becomes messy and ugly, with both sides making horrible mistakes that they both will regret. Driver and Johansson do remarkable jobs as the couple, with Johansson shining in a role that sometimes makes her the bad guy. Laura Dern is brilliant as Johansson’s characters lawyer, a woman who is all about taking as much as she can from the father, even if its not in wishes of her client. This is a devastating and powerful film that is often very painful to watch as two people we learn to care about are going through something that can destroy not only a relationship but the family dynamics as well.     My Rating: Full Price   Marriage Story Website

Forgotten Film: Comfort and Joy (1984)   Just in time for the Holiday season is this film about a depressed Scottish morning radio host, Alan ‘Dicky Bird’ (Bill Paterson). Alan is the witness of an attack on an ice cream truck by a bunch of vandals (one who stops to make a song request for ‘Dicky Bird’ to play on the radio). Alan becomes enamored with the truck’s worker, a woman named Charlotte (C. P. Grogan) and because of her, he decides to find a solution to the great ice cream van wars, where two Italian families are battling over the rights to sell ice cream on the streets of Glasgow. Paterson gives a winning performance as the DJ that just may lose his mind over trying to solve this problem, and the film is greatly enhanced by a brilliant score by Dire Straights frontman Mark Knopfler.   My Rating: Full Price      Comfort and Joy Info

Weird Credits: From the credits of Waves: Crafty Assistant

Coming Soon to a Theatre Near You: Knives Out (2019) PG-13 World famous mystery writer Harlan Thrombey (Christopher Plummer) has committed suicide, throwing his extending family into a jumbled mess. Private detective Benoit Blanc (Daniel Craig) is on the case and thinks that Harlan’s death might just be murder, with a house full of relatives that are all suspects. An all-star cast that includes Chris Evans, Ana de Armas, Jamie Lee Curtis, Michael Shannon, Don Johnson, Toni Collette, and Katherine Langford make this mystery/comedy one of the holiday’s must-see films.     Knives Out Website 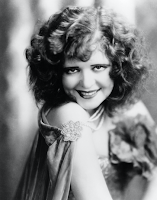