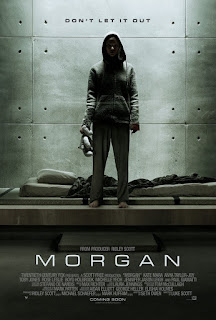 My View:  Morgan  (2016)  R  Morgan (Anya Taylor-Joy) is not like other teenagers.  She was created in a laboratory by a group of scientists led by Dr. Lui Cheng (Michelle Yeoh). Corporate troubleshooter Lee Weathers (Kate Mara) is sent to investigate the program when Morgan violently attacks one of the scientists (Jennifer Jason Leigh). What will Lee find when she gets to the compound? This felt like a made-for-TV movie on one of the cable networks aimed at teens. With a plot that was too simple and an ending that was predictable from the start, the movie never gets started. The cast seems to be just going through the motions, and I was especially disappointed by Anya Taylor-Joy, who was so good in last year’s The Witch. Her performance is shallow and never intimidating (something her character was supposed to exhibit). The action sequences are few and done with “shaky-cam,” so as an action film, it fails, which it also fails as a suspenseful film.   My Rating:  Cable   Morgan Website

My View:  The Light Between Oceans  (2016)  PG-13  Tom (Michael Fassbender), a lighthouse keeper, and his wife, Isabel (Alicia Vikander), are living off the coast of Western Australia soon after the end of World War I.  A rowboat with a baby inside washes on shore, and the childless couple decide to raise the child they name Lucy as their own. Years later their lives are changed when they encounter a woman (Rachel Weisz) on a visit to the mainland. My biggest problem with this film is I never emotionally connected with the characters. The movie is beautiful to look at. The cinematography by Adam Arkapaw is gorgeous and captures the raw beauty of the rustic coast of Australia, with sweeping shots from high above which gives us a bird’s eye view of the land. Those shots are greatly aided by a score by Alexandre Despiat that adds to the feel and tone of the film. It looks like Director/writer Derek Cianofrance may have fallen in love with this part of the country because after the fourth overhead shot of the coast, you become a little bored with the same shots. The film moves at a slow, almost snail’s pace, making the film feel much longer than its 2-hour 12-minute length.  Ultimately, the film wears down over the constant twist and turns, never quite getting out of the darkness that it has created. The ending of the movie feels like it was added on by the studio to try and fix the mess that the filmmaker created, but it doesn’t fix anything.   My Rating: Bargain Matinee   The Light Between Oceans Facebook Page

My View:  Complete Unknown  (2016)  R  Tom (Michael Shannon) is invited to a dinner party. There Tom meets a woman (Rachel Weisz) whom he is convinced he has met before, but she says he is mistaken. When the woman makes a hasty exit, Tom follows, and they go on an all-night odyssey where Tom will discover the woman’s hidden secrets. I thoroughly enjoyed this film due to the superlative performances by Shannon and Weisz. I especially enjoyed Weisz’s performance as the mysterious woman with a multi-layered past. Shannon works off Weisz extremely well, creating sparks between the two on-screen. It’s an entertaining film that has plenty of twists and turns. It’s a well-crafted tale that is fun to watch.   My Rating: Full Price   Complete Unknown Website

Indiefest:  Morris From America  (2016)  R  The film centers on a 13-year-old boy named Morris (Markees Christmas) and his single father, Curtis (Craig Robinson), while they live in a town in Germany. Morris is a “fish out of water” and only wants to write rap lyrics in his room until he meets an older teen girl, Katrin (Lina Keller).  She is way out of his league, but Morris is going to fall in love, regardless. Craig Robinson does a masterful job as the single father who loves his son and is willing to make this experience in a foreign country work. Robinson has just about the right amount of smart ass in him to make his caricature credible while also showing that his character has a sweet and loving side. I loved his interactions with Markees Christmas and their timing together is about as good as it gets, making their scenes seem believable and, at times, moving. Overall, this is a movie that works due to its highly creative storyline, great chemistry between Christmas and Robinson and a script that treats its characters like they are living, breathing people. Director Chad Hartigan creates a world that feels real while being charming, funny and, at times, moving.  Let’s hope that someday Morris does become a rap star, because he has quite a bit to say.    My Rating: Full Price   Morris From America Website

Indiefest:  The Sea of Trees (2016)  PG-13  An American professor(Matthew McConaughey) travels to Japan and is contemplating suicide. He befriends a Japanese man (Ken Watanabe) lost in a forest near Mt. Fuji and, as they search for a way out, the two embark on a spiritual, life-changing journey of friendship, discovery, and healing; one which may ultimately re-connect Arthur with his love for his wife (Naomi Watts). This is a film full of regrets, betrayal, and redemption. McConaughey gives an understated performance of a man who is full of guilt and is looking for a way out of his pain. I greatly enjoyed the performance of Naomi Watts who plays Arthur’s wife. She is a breath of needed fresh air in a film that can get very depressing. While not a great film and I did not like the twist at the end, I still enjoyed watching McConaughey up on the screen.  My Rating: Bargain Matinee    The Sea of Trees Website

Indiefest:  Little Men  (2016)  PG  When 13-year-old Jake’s (Theo Taplitz) grandfather dies, his family moves from Manhattan to his grandfather’s old Brooklyn home. Single mom Leonor (Paulina Garcia) has a dress store below Jake’s new home. He soon befriends Tony (Michael Barbieri), Leonor’s son and they become fast friends. That friendship will be tested when Jake’s father, Brian (Greg Kinnear) decides to raise the rent on Leonor’s store.  A film that on outward appearance seems light but when you think back at all the characters went through, is nuanced and full of drama. Greg Kinnear gives one of the best performances of his career and the two kids, Taplitz and Barbieri, are a joy to watch. This is a film not to be missed about the friendship of two very different boys who find common ground. If only their parents could do the same.   My Rating: Full Price   Little Men Website

Forgotten Film:  Big Wednesday  (1978)  PG   Matt (Jan-Michael Vincent), Jack (William Katt) and Leroy (Gary Busey) are living the carefree life of California surfers. It’s the 1960’s, and everything is wonderful in their lives full of beaches, girls and big waves. Unfortunately, the Vietnam War is looming on the horizon, and the guys wonder if they will survive “Big Wednesday,” the mythical day when the ultimate wave will come. The film is directed by John Milius (Conan the Barbarian (1982), Red Dawn (1984)) and he gathered some of the greatest surfers of all time to do the stunts. This film has some stunning surfing footage, is fascinating to watch, and anyone who has an interest in the surfing world will enjoy this film.   My Rating: Bargain Matinee   Big Wednesday Info

Weird Credits:  From the credits of The Light Between Oceans:  Specialty Costume Elements

Coming Soon to a Theatre Near:  Sully  (2016) PG-13   The story of Chesley Sullenberger, “Sully”, who became a hero when he landed his engineless plane on the Hudson River, saving over 150 lives.  Hey, the film stars Tom Hanks, Laura Linney and is directed by Clint Eastwood.  That’s enough reason to the see the movie for me.    Sully Website 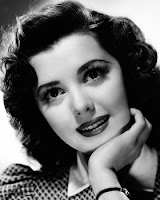