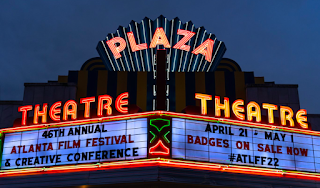 It’s time for my favorite event in Atlanta, the Atlanta Film Festival! With 29 feature-length films, including 11 Marquee screenings and a total of 155 creative works from around the world, the Atlanta Film Festival is an event film lovers won’t want to miss. ATLFF is presenting some of the best upcoming films that Hollywood has to offer, including movies from top studios and films that previously played at Sundance. 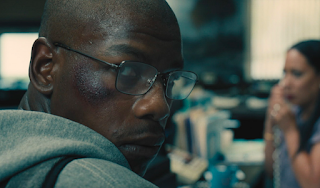 The Opening Night Presentation, taking place at the Plaza Theatre on Friday, April 22, 892, is a dramatic thriller starring John Boyega, the late Michael K. Williams, Nicole Beharie, and Connie Britton. 892 follows a Marine war veteran who faces mental and emotional challenges when he tries to reintegrate back into civilian life. Screenwriter Kwame Kwei-Armah will be on-hand for the red carpet screening.

The Closing Night Presentation on Saturday, April 30, at the Plaza Theatre is the Disney+ documentary Mija. Directed by Isabel Castro, the film follows Doris Muñoz, who began a career in music talent management and met Jacks Haupt, an auspicious young singer, and both share the ever-present guilt of being the first American-born members of their undocumented families.

The narrative features lineup is outstanding, including Cha Cha Real Smooth starring Dakota Johnson and written and directed by Cooper Raiff, Emily the Criminal starring Aubrey Plaza and Theo Rossi, and Summering, a coming of age story directed by Georgia-native and celebrated ATLFF alumni James Ponsoldt. Documentary feature highlights include Look At Me!, an inside look at a gifted young rapper's tumultuous rise to fame before his death at the age of 20, with never-before-seen footage as XXXTentacion's inner circle speaks out, and REFUGE, a story about fear and love in the American South from local Atlanta directors Erin Levin Bernhardt and Din Blankenship. 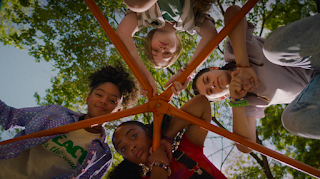 The festival is also known for its short film categories and is one of the few festivals in the country that offer Academy Award-qualifying for all three of the short categories: Narrative, Documentary, and Animated. One hundred twenty-four short films make up the festival, 24 of which are from Georgia.

The popular Creative Conference will be ongoing again at the festival, with workshops, panels, talks, and demos will delve into the world of filmmaking, focusing on topics such as screenwriting, pitching, acting, producing, casting, funding, and distribution, and how they all come together to make a film or television episode. The highlights include Masterclasses, panels, and conversations with actress Antonia Gentry (star of Netflix’s Ginny and Georgia), actress Priah Ferguson (Stranger Things), actor Atkins Estimond (Hightown), producer/director Cherien Dabis (Only Murders in the Building, Ozark), actress Danielle Deadwyler (The Harder They Fall), showrunner Nick Antosca (Candy), cinematographer Daniel Patterson (The Last OG), director Stacey Muhammed (Black-ish, Queen Sugar), comedy writer Robert Peacock (Mad About You), VFX editor Barry Murphy (1883), and many more.

The full schedule of films and events is now available at www.AtlantaFilmFestival.com. Festival passes and tickets for individual events are on sale now on the site.

The Atlanta Film Festival is the chief annual operation of the Atlanta Film Society (ATLFS), one of the oldest and largest organizations dedicated to the promotion and education of film in the United States, which enriches the community through screenings, classes, workshops, and other events year-round.