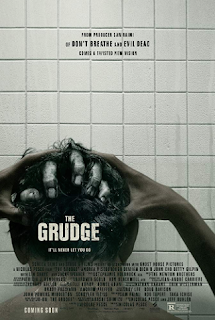 My View: The Grudge (2019) R   A house is cursed by a ghost hell-bent on getting vengeance by dooming anyone who enters will die a violent death. The first The Grudge (2004) was a surprise hit, mostly riding on the coattails of Buffy’s Sarah Michelle Gellar. After two lesser successful sequels, they have decided to reboot the series with this film. While the original movie wasn’t a slam dunk, it did have its scary moments and was worth the watch. I can’t say the same thing about this film. The film does a very clumsy tie-in to the first film and then proceeds to jump back in forth between three or is it four stories (I was too bored to keep track). The film has a bunch of jump out of the dark scares that don’t ever work, and the movie never builds any suspense. I now have a grudge against the writer/director of this film for making sit through ninety-three minutes of boring  My Rating: You Would Have to Pay Me to See it Again   The Grudge Website

Indiefest: Cunningham (2019)  PG   Documentary on Merce Cunningham and the history of his iconic dance company. A fascinating film about a cutting-edge choreographer/dancer who created a ground-breaking company that pushed the boundaries of music and dance. When asked if he wrote and performed ‘avant-garde’ pieces, he replied, ‘I don’t describe it, I just do it.’ The film beautifully recreates some Cunningham’s most well-known pieces, often in usual settings such as a forest or the top of a high-rise. There are also behind-the-scenes glimpses of Cunningham at work with his dancers, plus archival footage of the company performing on live television. Cunningham isn’t a film for everyone, but for lovers of theater and dance, it is a must-see.    My Rating: Full Price    Cunningham Website

Forgotten Film: Whale Rider (2002)  PG-13   On the east coast of New Zealand, the Whangara people believe that they were founded by an ancestor, Paikea, who, when his canoe capsized, he rode to shore on the back of a whale. This New Zealand tribe believes that the first-born sons are the only heirs that can become the chief. Pai (Keisha Castle-Hughes) believes that it is her destiny to become chief, against the wishes and beliefs of her grandfather, Koro (Rawin Paratene), she fights against a thousand years of tradition to fulfill her place in history. A stirring film of courage, with the unbelievable setting of New Zealand, along with Castle-Hughes giving us a magical and uplifting performance as the determined Pai, make this a film you will want to watch.   My Rating: Full Price    Whale Rider Info

Weird Credits: From the credits of The Grudge: Special MUFX Show Runner

Coming Soon to a Theatre Near You: Just Mercy  (2019) PG-13   A young Harvard grad lawyer (Michael B. Jordan) could have the pick of any job in the country, but he picks Alabama to set up a law firm specializing in advocating for death row inmates he feels to have been wrongly condemned. He meets and defends Walter McMillan (Jamie Foxx), a man convicted of a notorious murder of an 18-year-old-girl. As I stated before, I will see any film starring Michael B. Jordan.    Just Mercy Website 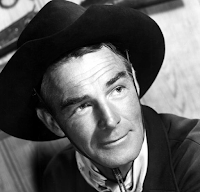